The Swords of Silence 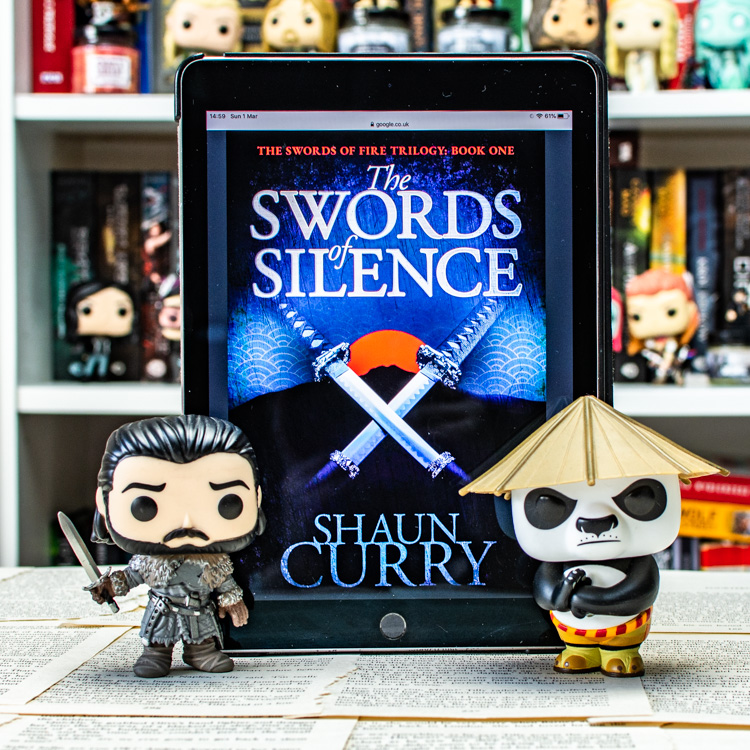 „The Swords of Silence” is a historical novel written by Shaun Curry. I was really intrigued when I found this book on NetGalley. Even though it’s not fantasy (that’s how it was categorised there), Japanese culture always seems interesting for me, so I requested this book right away.

The book is starting with a scene in the prologue where Japanese magister is crucifying and burning Christian prisoners. That gives us the feeling of the times where the action is set for the novel. Other religions are no longer accepted in Japan, as Shogun sees them, especially Christianity, as a threat to his authority. He and only he should be treated like a god, and only his word should be the law. And so, Christianity has become forbidden in the whole country, and its faithful followers are forced to recant or leave Japan for good. If they refuse, they not only be sentenced to a long and painful death.

The start was captivating and exciting. The author very skillfully shows us Japanese culture, the Way of the Sword, the brutal reign of Shogun and his daymios and peasants, whose worthiness was measured in how much rice they could produce. I was really hooked on this book for the first few chapters, following valiant efforts of Father Martinez to save his Christian village from the Shogun’s wrath. Unfortunately, the excitement only stayed for maybe a hundred pages.

After that, the book got really depressing and brutal. I know that the author wanted to show his readers the cold and hard reality of those dark times, but it was a bit too much for me. We follow poor Christians for hundreds of pages, while they get tormented, tortured, mutilated and treated like animals. And all this in vast and creative details.

I could endure it all if the story was captivating and full of emotions. But all too quickly it turns out, that what supposed to be an exciting story was also like biblical tales of escaping Christians. We can easily handpick a character that was only in the book to reminds us of those archetypes from the Bible. And even if they got tortured all killed, I couldn’t care less, because it all seemed emotionless for me, following a known scheme, with ending we could easily guess.

The one solid point of the book was the duel scenes. I think they were written brilliantly and was very easy to imagine them step by step. Those I read with high interest, not stopping for a moment. But unfortunately, there wasn’t enough of them to keep me interested, and I was really struggling to finish this book. I think if I didn’t take this book to review, I would probably just leave it unfinished.

Maybe if you are not bothered by too much of religious preaching and brutal mutilation scenes, you will find this book interesting. Especially if you enjoy reading about Japanese culture. But otherwise, it won’t be a book I would recommend.