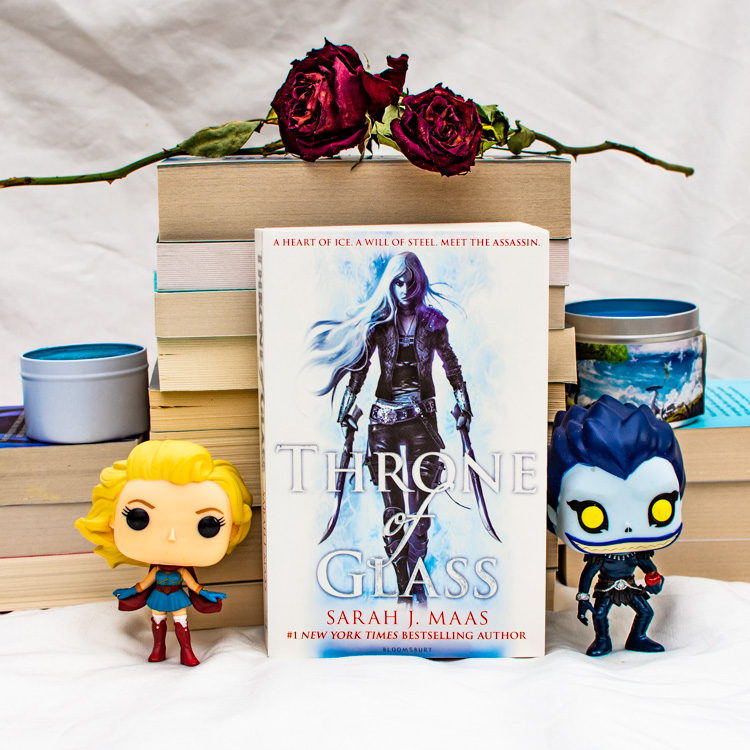 Throne of Glass by Sarah J Maas is the first book in the series about Celaena Sardonthien. After a year as a slave in a salt mines the assassin get an offer she can’t refuse: fight in a tournament to win a position of King’s Champion and after four years of servitude complete freedom.

The book is light and quick read. But again we have proud Celaena who, even after a year as a slave, is convinced she’s the best in everything and deserves all the respect and glory in the world. She simply couldn’t stand the fact that she has to use the fake name and not win all the little tests. It was quite irritating sometimes, although I still like Celaena more then Feyre in ACOTAR. And I think the author made a very smart choice giving Celaena love for books. Who wouldn’t love fellow booklover?

There was also a lot of high school like squabbles about proper dresses and not attending the balls which our main character finds completely outrageous. It wasn’t my favourite moments obviously. I miss her acting like an professional assassin from which she takes so much pride. The whole tournament felt more like fitness competition. And the duels weren’t even till the death.

I also didn’t like the romance here. Again we have love on the first sight. “Oh, she’s so beautiful and intelligent and amazing and even though I talk to her like three times in my life I’m sure I never love any other woman!” Well I guess that’s what you get when you made your heroine so perfect in everything. All the men just can’t stop falling in love with her! And for the record, I liked Chaol much more then Dorian!

I think this book bring a lot of promise for the rest of the series. There is a lot of hidden agendas and mysterious magic powers hinted, but nothing is really explained. And I’m much more interested in what will happen next, when Celaena actually start serving the King she hates so much. Because from the beginning of the book the thought of her not winning the competition never crossed my mind. She’s far too incredible for that. Even though her competitors are aided by some dark and evil powers.

I was thinking about scoring this book three stars, but finally settles for four, because it was really pleasant read and I was curious how the tournament will go and what obstacles Celaena would face. But I’m hoping the next books would be better!