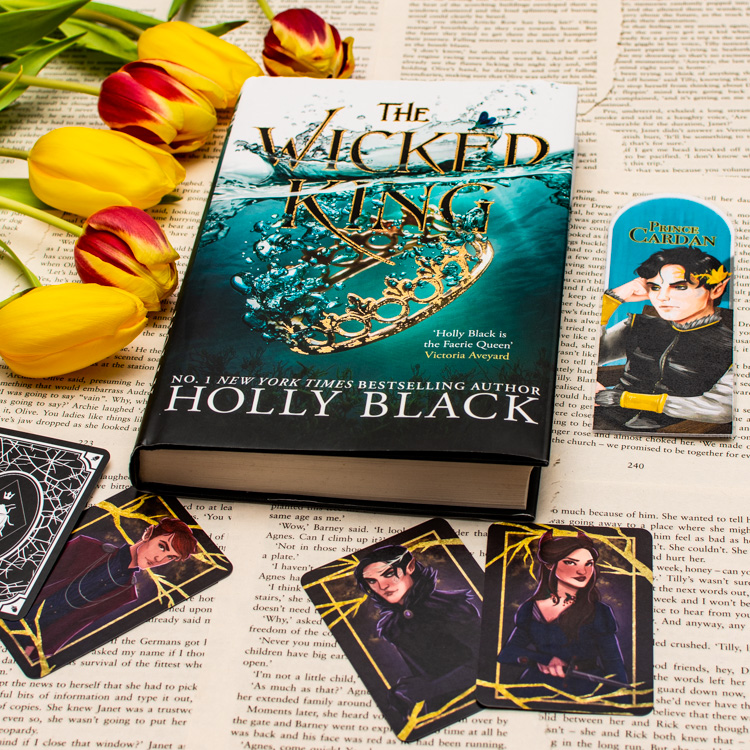 The Wicked King by Holy Black is the second book from The Folk of the Air series. If you haven’t read The Cruel Prince yet and want to avoid spoilers, please don’t read this review, because I can’t write about the sequel without spoiling the ending of the first book. So yes, you’ve been warned.

After the Cruel Prince the author has left us in awe with the book finale. I was very excited to read the sequel, because I was really curious how Jude will handle Cardan in his new role as High King of Faerie. I think I liked this book more then the first one, because there was more politics, more intrigues and the characters were more mature.

Jude is facing no small task. She has to run the kingdom on her own, without any allies except Court of Shadows and knowing, that vultures are waiting all around her to grab the power as soon as she slips. Cardan is not making her life any easier. He is very clever and keeps using every possible opportunity to humiliate Jude and remind her that time of their deal is inevitably running out. What’s more there is also a new, unexpected threat looming over land of faeries that keeps everyone on their toes.

I really liked how characters developed in this book, especially Cardan. He was forced to take on himself the highest power in the Fairy lands and he had to adapt to it quickly. He still gives an impression of a spoiled little princeling, drinking to much and not taking any responsibility, but you can also see that it is all pretences. In reality he is perfectly aware of his situation and of everything that is happening around him. He is ready to take every chance that lets him loose the power that Jude has over him. He also has a strong sense of justice, for someone who is known from his cruel nature. We also got a little inside why he behaved as he did in the past.

Jude became master of many skills on her way to power. But she can’t let herself rest, because if she does everything what she built would probably crumble. She has to face not only uncooperative council but also her father Madoc, who she betrayed and her sister, who seems to want to fix their relation. But who can she trust with her worries and concerns? Trust is not exactly the trait popular in Fairy lands. Although Jude can’t do everything on her own, she desperately needs trustworthy allies and also to find a way to keep Cardan under her power when their bargain will come to an end.

If you counted on a romance development you’ll get that, but it’s not the main focus in this book either, just as in the first one. It’s there, but it’s kind of on the side lines of the main plot. For me it worked perfectly.

Holly Black is a real master of creating unexpected endings. I thought I knew what was coming, but it turned out I had no idea. And again I was really impressed with what she came up with. I don’t think there could be a better ending for this book. I can’t wait to see how the story will unfold from there!