The Shadow of the Gods 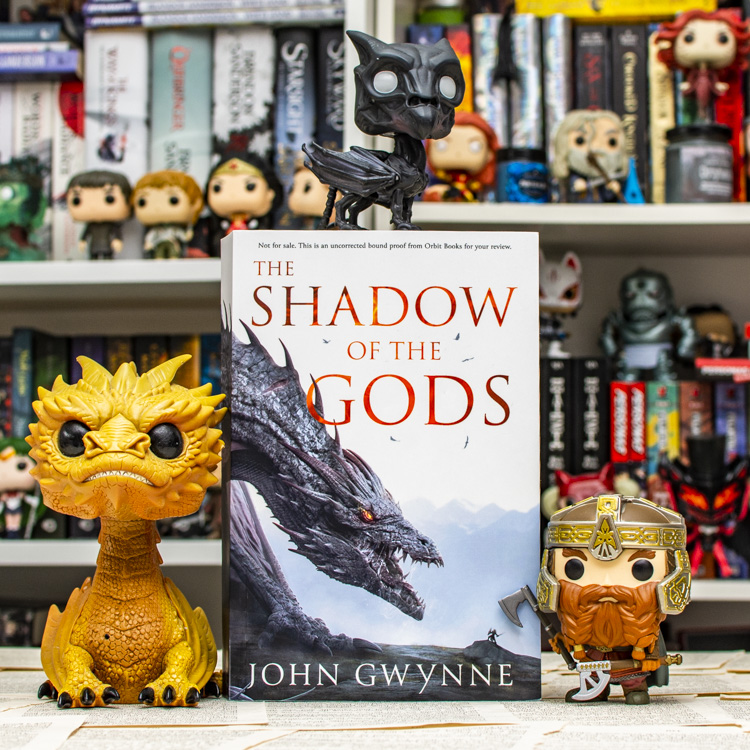 “The Shadow of the Gods” by John Gwynne is the first book in a new epic fantasy series, “The Bloodsworn Saga”. If you love Vikings and Norse mythology, it’s a must-read!

The story follows three protagonists: Orka, ex-military living peacefully with her family on the outskirts of civilised lands; Varg No-Sense (absolutely love the nickname!), a former thrall (slave) on a quest for vengeance and last, but not least, Elvar, a brave young woman who decided she will be the only master of her destiny and forge her battle-fame. All of them starts with their separate routes, but very quickly, the cruel world forces them to confront the rising threat that would plunge the lands into a bloody war once again.

I absolutely adore this book. It is so action-packed there’s no time for boredom. Just in the few first chapters, we are facing so many hostile creatures it’s hard to remember all their names. The thing that is obvious from the beginning is the fact that the author is an extreme Norse enthusiast. I don’t think I’ve read the Viking-themed book with that significant number of details. Of course, we get loads of Norse specific words (and I mean – loads!), which can be a tad confusing initially (I used Google a lot during the first few chapters). It would be a good idea to have an annexe in the next book with a Viking dictionary – it would help readers immensely!

The world of Battle-Plains is everything you expect from this kind of book – cruel, unforgiving, and crawling with monsters and fallen Gods, whose powers lie dormant and wait for someone to discover it (and wreak havoc to all lands!). And so are people living there - tough, brave, dreaming of battle-fame and sharing epic sagas in mead halls. Reading this book feels like playing a good video game where you go for an adventure, slay monsters, forge a name for yourself and save the world in the meantime.

John Gwynne is excellent at writing strong women characters. My absolute favourite in this book was Orka, but she was not the only one. It’s easy to get into thinking that if the book is about Vikings, all characters must be big and robust bearded men, leaving the women to play roles of wives or witches. Well, not in the Battle-Plains. Here one of the most powerful rulers is the Queen, and women are also jarls, elite warriors, and anything you can imagine.

I considered if I should score “The Shadow of the Gods” four or five stars, but I simply can’t find anything I didn’t like about this book. The characters arc may not be fully developed yet, but it’s the first book in the series, and with this genre, I’m sure they will all soar in the next instalments. This book is so far my favourite read this year, so if you are fans of epic fantasy (and Vikings especially), you must read it at once!