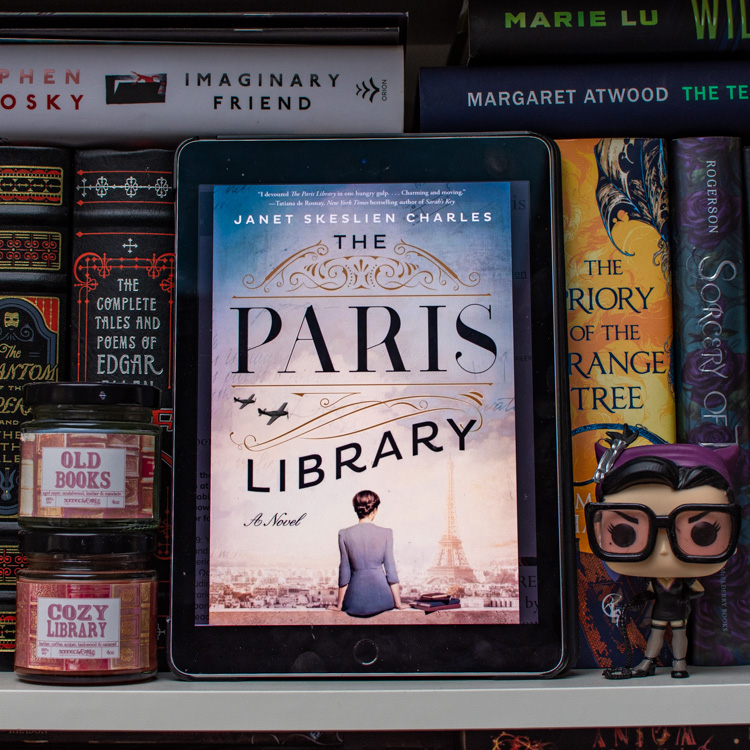 “The Paris Library” by Janet Skeslien Charles is a novel based on the true stories of Parisian librarians during WWII. The most important place here belongs to the books themselves, of course. You’ll find here lots of beautiful quotes for different authors and suitable for every mood.

The author research the history of the American Library in Paris thoroughly, working on old letters memoirs and also talking to the family of those who worked there during WWII. All this effort shows in the book, as we are aware that the characters were real people living their lives in those difficult times. And that made the story even more captivating.

We learn the story from two different points of time, in 1939, where we met a young woman named Odile and in 1983, where the main character is a high school girl Lily, who is Odile’s neighbour.

The protagonist, Odile, is a resolute young woman whose biggest dream was to work in The American Library in Paris. She is set on her goal even despite her father’s contempt. When she is accepted for her role as a librarian, she is over the moon. Everything in the world seems to be perfect. Until the war breaks up and everything changes instantly. In 1983 Lily is intrigued by her mysterious French neighbour and with persistent and bluntness only kids can. The two of them slowly become friends discovering they have more in common they could ever imagine.

For me, the most exciting parts were those happening during the war, of course. I think the author very skilfully painted the picture of how life must have looked like during those tough times. The paralysing uncertainty, lack of news from loved ones fighting on the front, and degradation of all social structures during the occupation. The incredible role of the books and the bravery of librarians, who were determined to make sure they were delivered to everyone who needs them, no matter their nationality.

What I liked in the book is that the characters were not just black and white. They all have their high and low moments. All got emotional, angry, and sometimes even act douchey for their best friends. But it was all reasonable considering the circumstances and the stress they endured for years. There were a few surprises and twists along the way, and the author skilfully kept the suspense throughout the whole story. The only downside I might point is a bit slow start. It took me a while to actually get hooked on to the storyline.

This novel will be well-loved by all the book lovers, I think, as those play an enormous role in the whole story. If you also enjoy historical fiction set in WWII times, it will be a great read.