The Night Parade of 100 Demons 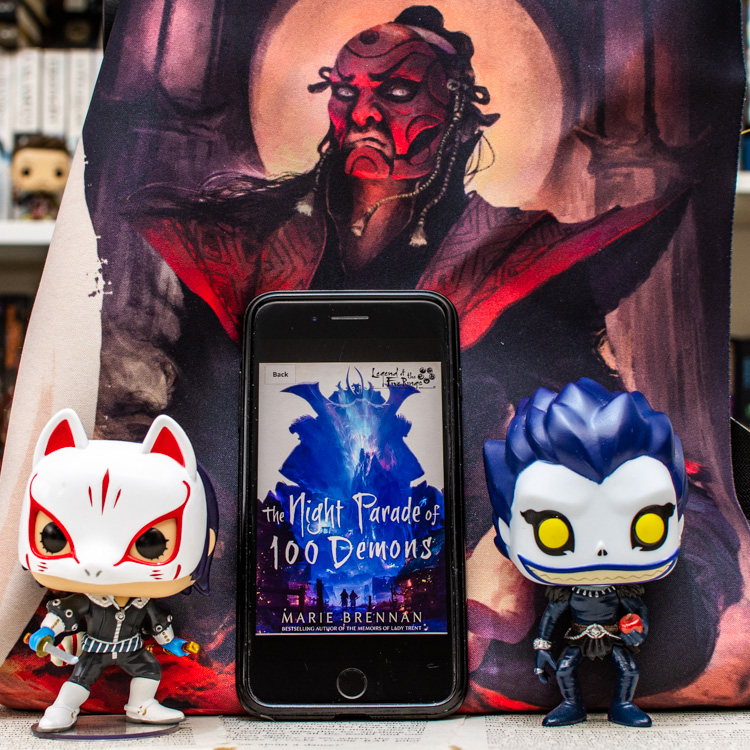 “The Night Parade of 100 Demons” by Marie Brennan is a fantasy novel based in Rokugan, the world from Legend of the Five Rings universe. It is firmly based on a feudal Japan, but also includes elements of other Asian cultures as well as magic.

Dragon Clan’s samurai, Agasha no Isao Ryotora, travels to help the remote village deep in the mountains. During the full moon, horrifying creatures of all kinds are attacking the settlement wreaking havoc wherever they go. He finds the situation is far worse than he expected and is also surprised to see another samurai already on the site – a visitor from the Phoenix Clan, Asako Sekken. They are forced to join forces to investigate the case while trying to keep their secrets.

This novel is a real feast for Japanese culture fans. The focus of the book is on spiritual matters – holy rituals, guardian spirits and demons. Everything was described in great details showing us the wealth of Japanese mythology. As the title of the book suggests, the story is based on the folklore tale Hyakki Yakō. I enjoyed discovering all those different creatures and even felt encouraged to read more on Japanese folk tales. It shows that the author is genuinely fascinated with the culture (Marie Brennan is a former anthropologist and folklorist).

Unfortunately, as I love the setting, I didn’t care much for the characters. They are both brave samurais doing their best to live by the virtues of Bushido; each has different backgrounds, troubles, and secrets. They also feel mutual attraction toward each other and try hard to keep an appropriate distance. Their stories weren’t poorly written, but, ultimately, they fail to ignite any emotions in me. I far more fascinated by intricate culture than their dilemmas.

With novels from Legend of the Five Rings universe, I always consider if it can be read without prior knowledge of this world. And in this case, you don’t have to be familiar with the setting at all. Everything specific to Rokugan is neatly explained (there is not much though, mostly the relation between the Clans), and the rest is pure Japanese folklore.

I think “The Night Parade of 100 Demons” can be immensely enjoyed if you like Japanese myths, legends, and folk tales. I didn’t have a broad knowledge of the topic but found it even more fascinating after reading this book.