The Long War by Sir T. Pratchett and S. Baxter 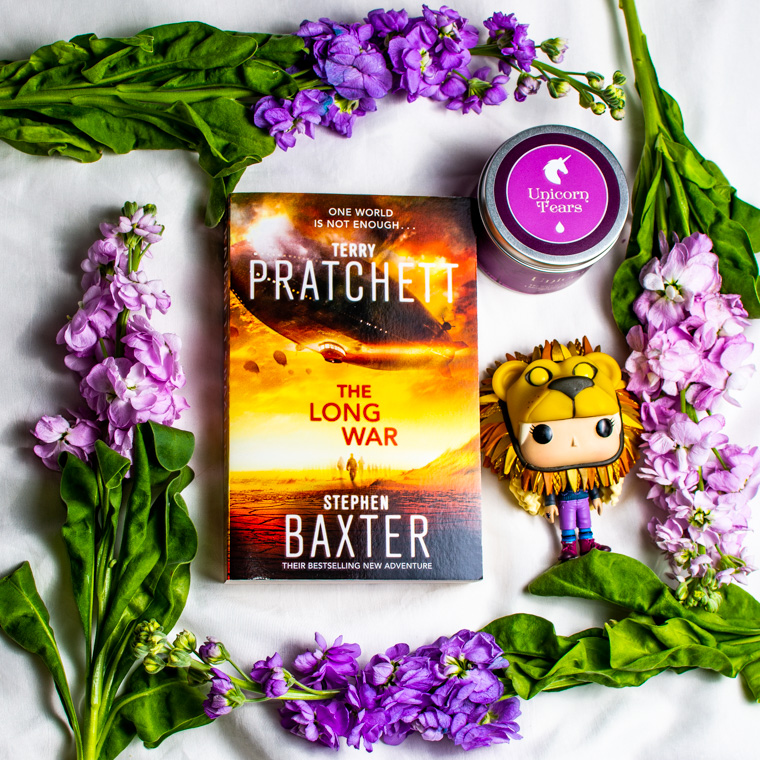 The Long War is the second book in the series written by sir Terry Pratchett and Stephen Baxter. The story is based quite a few years after the first tome. Joshua is now a middle aged man and has his own family - wife and a son. Stepping is a new way of life and people are busy with colonizing countless of Long Earths.

It starts with a big stomp, the scene where we can see cruelty of humans experimenting on defenceless, kind-hearted trolls. And after that and the title I was expecting some great plot and terrible conflict tearing apart all the Long Earths. And I got disappointed yet again.

After the initial scene the pace goes down and we go back to the narrating style of the first book. Loads of slow movements, echoes of the worlds events and looming threats, but nothing really pressing. Again we meet Sally Linsay who hasn’t changed a bit for all the years that have passed (she even has the same famous coat with a thousand pockets) and wants to take Joshua for another journey to help the fast changing world. But he is a family man now and is not so keen for adventures as he used to be. And that’s more or less what this book is about. He resist a little bit but finally decide to let his bold side take over and pack up his family and go back the long way to Datum Earth.

What I miss in this book the most is some decent plot. Again we have few sets of main characters beside Joshua and Sally and I really had to focus to remember who is who and what are they currently doing. What irritated me the most was that when there was some actual action which get me interested the chapter was over. I had to read another hundred pages about other characters to finally find out that events have moved forward a few weeks already with just a few sentences of summary. Honestly I hated that. It has such a great potential! And all we get is ‘oh yes, it was very delicate and dangerous situation, but here we are for a month now and everything turns out just fine!’ But what has happened during that time?! That would be so interesting!

But! The world itself that authors created is really amazing. A do love the trolls - a native species who inhabited the Long Earth. People are treating them as little more intelligent then animals, but they are so much more! They are sapient and kind and so cute! There are also some new species inhabiting the vastness of earths and its worth reading just to meet them!

I also loved the idea the Chinese expedition had. They actually started reshaping the neighbouring earths to get the optimal environment for different farming types. They also came back to the philosophies of old times, which didn’t work because of not enough space/too much population etc. It was very fascinating what people could come up with if they got so incredibly reach recourses and space.

My favourite part of the book was the adventures of Captain Maggie Kauffman and her crew. It was really bunch of short stories about people who lived on distant earths. But it was interesting and fun and she was my favourite character in this book.

The ending of the book again leave us with the big bang, but at this moment I’m not planning to read the next book very soon. I think I need some time to miss the Long Earth and its wonders to appreciate it more.

To sum it up, I wasn’t thrilled with this book. The idea is fascinating, yes, the world is amazing but it’s missing the spark. I love all the Discworld novellas and was very disappointed there is not much of this brilliant humour in this series. It’s an average book with compelling idea, but don’t expect to get hooked by it.