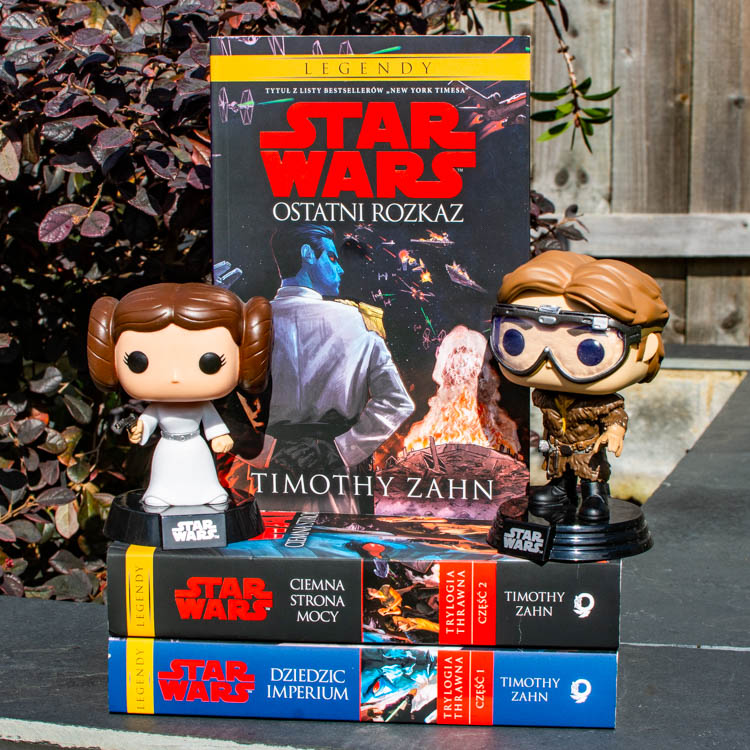 ‘The Last Command’ is the last book in ‘Star Wars: The Thrawn Trilogy’ series by Timothy Zahn. It’s an explosive conclusion of the conflict between the New Republic and Imperium lead by Thrawn. Who will be the winner? Does Republic stand a chance against the military genius of the last Imperial Grand Admiral?

A lot is happening in the last book. Imperium is using their newly acquired ships populated with clone soldiers to breaking through New Republic’s defence and taking over planets from their jurisdiction. With their main advantage of more significant military resources gone, the former Rebels becomes desperate to find and destroy the imperial clone factory. But it won’t be easy, as no one seem to know the location and Thrawn is a specialist in leaving the false trails.

I enjoyed this book immensely. All smart moves the Grand Admiral was executing to defeat republic forces were brilliant. There were a lot of sneaky tactics and clever deductions that are his trademark. We also get a very movie-like vibe with desperate attempts to sabotage Imperium enough to undermine their military power. As always, the whole responsibility lands of the shoulders of just a few of our favourite rebel heroes.

I think the only thing that gives the New Republic any chance of winning this war was that Thrawn was only one person. As brilliant as he is, he can’t be in all places at once, and he must rely on his subordinates to do their parts. And it can be quite risky sometimes, especially when we talk about one very unstable, crazy Jedi Master. But I love how the author showed us the Grand Admiral leadership skills. Everyone knows he expects no less than perfection, but unlike Lord Vader, or Imperator Palpatine he can see, when the victory is impossible and don’t punish people who couldn’t possibly fulfil their task in certain circumstances.

When it comes to ending my feelings are mixed. I knew that with the end of the trilogy there must be some sort of conclusion and I also suspected the outcome (well, we all know the good guys win in most cases, right?), but I was still heartbroken afterword. It seemed a bit rushed, and I had a hard time believing that the Grand Admiral failed to see that one coming. But I love the book anyway and will always recommend this series to all Star Wars fans.