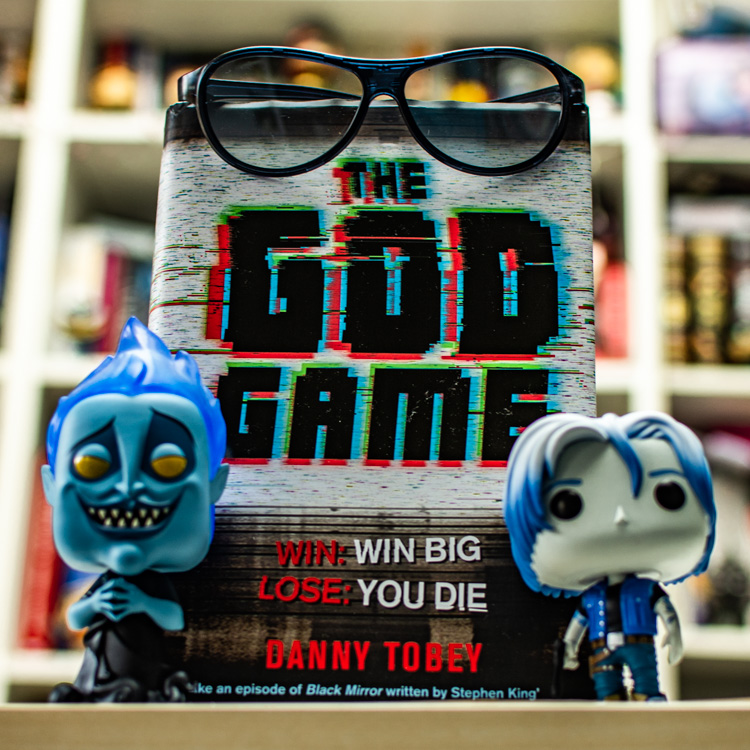 “The God Game” is a novel written by American author Danny Tobey. It has a similar vibe as “Ready Player One”, it’s based in our modern world with advanced AI using it as its playground. It’s an action-packed thriller that will often take you by surprise.

Charlie has been going through a rough time. His mother died, and his father was too weak to deal with the outcome, leaving his son in charge of things no teenager should be facing alone. He is miserable and pretty much gave up on all his plans and ambitions for the future. So, when his friend Peter shows him a mysterious game called the G.O.D. Game, he doesn’t hesitate much and dives right in.

At first, it looks terrific. The way the game immerses its virtual world upon reality, nothing they’ve ever seen before. It’s like our Pokémon Go or the newest version based on Harry Potter universe Wizards Unite. But instead of seeing only a pixelated form on your phone, the God Game shows the whole world in incredible details. The rules are simple, you fulfil given task, and you get Goldz, for which you can buy some awesome upgrades. But if you fail, you’d get Blaxx, which are never a good thing. First tasks are easy and in line with their usual high school pranks. But they have no idea what else awaits them.

I liked the idea of creating AI by uploading all different religious and philosophical texts to see how the ultimate God would look like. Of course, what supposed to be a mere chatbot became a hazardous and uncontrollable force with the conviction of its own omniscience.

The author is playing with the hypothesis that everyone can be a cold and vicious being under the right circumstance. The Game is confronting its players with choices that will show how far would they go to get what they want. Even if someone wants to get out of the game, they quickly realise it’s not easy, if even possible. With all the phones and networks of our civilisation, AI God can see and manipulate almost everything, trapping people in a never-ending vicious circle of cruel tasks.

The book is like watching an episode of “Black Mirror”. As I recall, there was a very similar idea in one of the episodes, when the protagonist was receiving anonymous blackmail ordering him to do more and more dangerous tasks. Here we have this idea shown in more depth with more backstory. If you like this kind of stories, you’ll love this book.

The story is narrated from different points of view, we get to know teenagers from different social circles in one high school. I liked how the author showed that no one’s life is perfect. All we can see is just what they want us to see, but if we look closely enough, we’ll learn there’s no such thing as an easy and flawless life.

The chapters are short, and it makes the book easy and quick to read. At the same time, as action progress, it’s harder to put it down. I was even taken by surprise a few times. It is a stand-alone book, but the ending is quite open and leaves the author space for sequels if he wishes to add even more to this story. I’m not 100% satisfied with ending, but I can see the reasons why this path was chosen.

If you enjoy stories about immersive video games and AI gone bad, you’ll undoubtedly like “the God Game”.