The Bear and the Nightingale 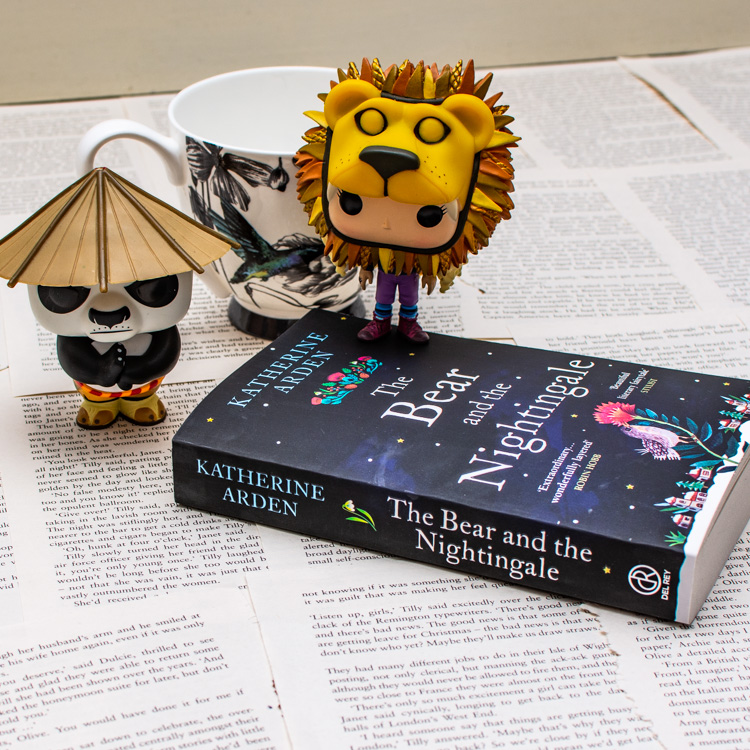 The Bear and the Nightingale is the first book in the Winternight trilogy written by Ktherine Arden. It’s a beautifully written story with a strong fairy tale feeling that happens in the wild countryside of medieval Russia. The main character, Vasya, is a daughter of a powerful boyar and her mother was sister of Grand Prince of Moscow. Their village lays in the wilderness and winters lasts most of the year. It is hard life, but the one they are used to. People of the village has dual believes. They officially accepted Christianity, but they still leave offerings for their pagan household spirits, that are believed to guards their homes during hard winters. They live peacefully until the day Piotr, Vasya’s father, returns home with new, devoted wife. She also calls Moscow for a new, very influencing priest and together they try to get rid of pagan’s believes once and for all. It seems only Vasya, who has a rare talent to see the spirits, can comprehend the danger of forgetting their old gods. Because she’s seen what evil forces are lurking in the dark forest.

The story is really enchanting. The village at the end of the world, the ancient spirits and old gods trying to survive the new accepted faith, the people who are lost and not sure what they should believe anymore. First the action is a bit slow. We learn about Vasya’s parents and their family, their ties to Moscow. We learn about their customs and their everyday life. But what seems as idyllic life at first quickly takes a very dark turn. New lady of the house and her priest are trying to make new rules and people are getting restless. Winter months are getting harder and harder to live through and people are start dying during the nights.

The main character is one of the best female protagonist I’ve read about lately. She is insanely brave, has a good heart and is not afraid to defy the things that are not right. She loves her family deeply and cares for them, even for her stepmother who is very cruel to her. This story is a tale of her growing up and coming to peace with what and who she is. And it is not easy to be a women in a medieval Russia society. They have no say in their future, they can either marry or go to a convent. And wild spirited Vasya doesn’t fit for any of this destinies. But she is relentless in trying to keep her freedom and being the mistress of her own fate.

I really like all the Russian mythology creatures that are appearing in this story. Especially the frost demon, Morozko, is portraited as very intriguing character. And because Vasya’s talent enable her to talk to the spirits we can learn about them too. I especially like protagonists bond with a horse guarding demon and that he teaches her to communicate with those beautiful animals. It’s exactly as the author said, every little girl’s dream is having a magical, talking horse as a friend.

This is really magical tale and if enjoy fairy tales and Slavic myths I’m sure you’ll love it too! I can’t wait to read the second book and see where the road will take Vasya.