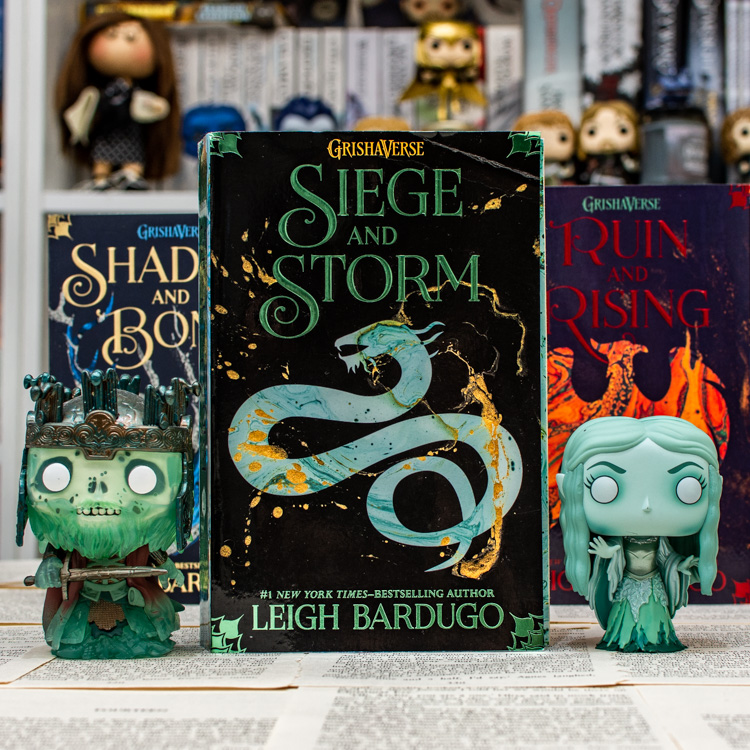 “Siege and Storm” is the second book in the “Shadow and Bone Trilogy” by Leigh Bardugo. I’ve read the first one more than a year ago, and somehow never got time to continue the series. Still, with upcoming TV series, I decided it’s high time to finish it mainly because I’m a devoted fan of “Six of Crows” duology.

I enjoy getting into the Grishaverse – the world that the author created. And I love that she called the genre tsarpunk – a mixture of high fantasy, 19th-century Russian culture and steampunk. I find it entirely accurate. This unique setting is the main thing that makes this series stand out.

Now, I’m not the biggest fan of Alina, or Mal, as characters. Especially in this book, where most of the story was about their constant struggles to communicate with each other. In Alina’s case, it’s a bit better. As she is the protagonist, we can follow her efforts to come to terms with her powers and her place in the world. That makes me more understanding, even if sometimes she was acting completely nuts. Mal is just annoying. I couldn’t care less if he lives or dies, honestly.

I think I mostly enjoyed reading this book because of Darkling and Nikolai. I love them both, and whenever they appeared, I had a smile on my face. Story-wise not much happened in this book. Alina came back to Ravka and tried hard to make a resistance force against Darkling with his horrific new-found powers. It started well, with loads of action and fast-paced chases, but most of the book is relatively slow and uneventful. Alina is struggling with her dark inner self while failing to communicate with Mal. The later far too often looks like a soap opera.

What I did like was the last confrontation scene. It was exactly as it should be and even made my heart race a bit. I will continue with the series to finds out how the story ends, and see more of Darkling and Nikolai, but I’m not overly excited about it. I still find “Six of Crows” more entertaining.