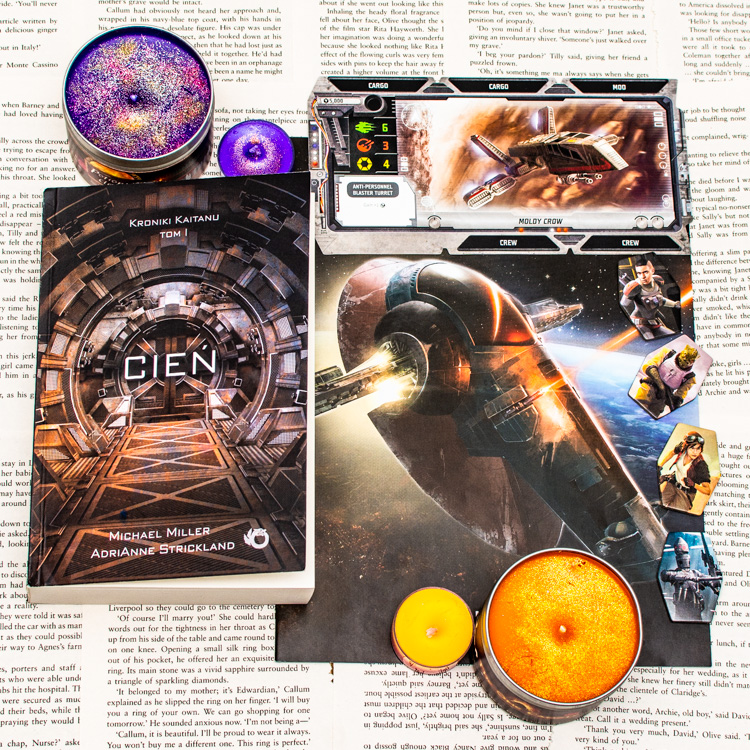 Shadow Run is the first book in Kaitan Chronicles series by AdriAnne Strickland and Michael Miller. It’s a YA adventure sci-fi based in the far future. The world is not only technologically advanced but has already faced the first drawback, when the vast Star Gates exploded for no apparent reason. This is the reason why the mysterious substance – Shadow is the main topic of speculation. It holds enormous potential to be used as fuel and supporting other technologies, but it’s also completely unstable. Most people can’t be near it for a long time. But there are some exceptions. Qole Uvgamut and her brother are working as Shadow gatherers, and are not only immune for its destructive influence, but can also command it to extend. Knowing all that Nev, prince of one of the most influencing planets has embarked on a mission to recruit Qole to help with his family’s research on Shadow. It quickly turns out he was not the only one with that goal.

Shadow Run is more Young Adult book then sci-fi. It is based in cosmos, yes, but to be honest, you could change the setting to fantasy, or modern world with just switching few details. The most essential thing in this book is the story about two young people and their growing relationship. They seem to be completely different, but when they are thrown in dangerous situations together, they grow closer and become friends and then something more. I won’t lie, it uses all possible cheesy tropes in YA literature. There is a girl with superpowers from a poor and neglected planet and the prince from one of the royal families. They fall for each other, and then of course when they came to Nev’s home it came out he is betrothed to a beautiful but mean young lady. There is also a big, royal ball, where Qole is going through a total makeover that leaves her as exquisite and exotic beauty. Was it annoying to read? Well, it wasn’t. First, I thought I would hate it, but it was quite well written, so reading about it was quite pleasant. It’s like with romantic comedies. Not many people confess they like watching them, but then when you’re alone and home and want to chill and turn off your brain thoroughly, you just put one on and enjoy this effortless entertainment.

I wasn’t expecting much from the book after that sweet romance story, but fortunately, I got pleasantly surprised. After about half of the book, the story changes to a much darker and brutal setting. And that’s where the real action is starting and what is worth a read. Qole finds herself in a very dire situation, and Nev had to make some tough choices. Once he chose his side, there would be no turning back.

Besides the main romance plot, there are also political intrigues and manipulations. We quickly learn that people with power are all the same, selfish and working only towards gaining even more control. There is also a mystery of exploding Star Gates, but it won’t be solved in this book, so to learn more about that we would have to read more books from this series. The world itself was not described much. We get the brief outline of the history, but not much beside that. Maybe in the next books, we’ll learn more about it.

If you are looking for a light, YA book based in sci-fi scenery you can go for Shadow Run.