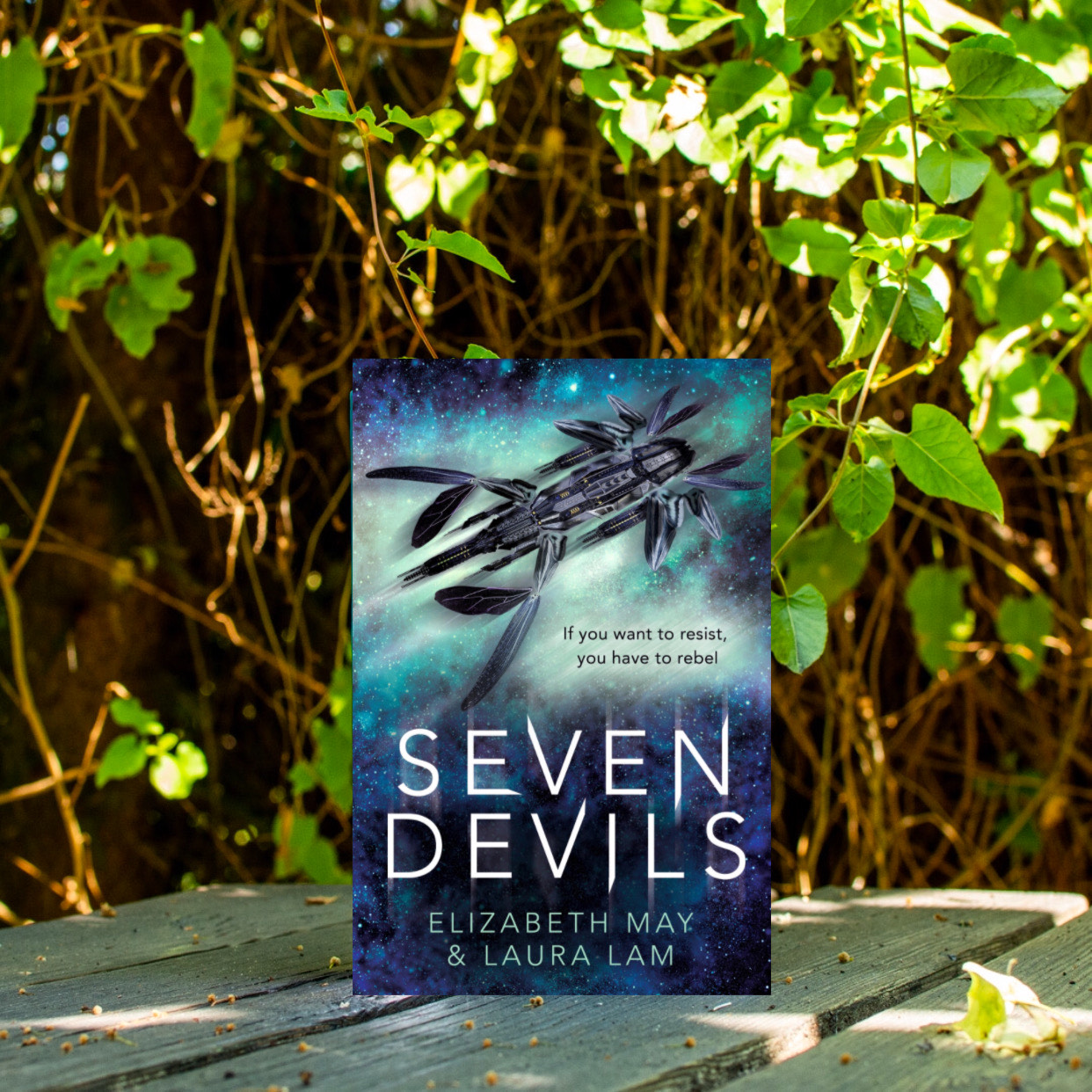 “Seven Devils” is a feminist space opera written by Laura Lam and Elizabeth May. It’s a story about seven outstanding characters that are going against overwhelming odds and trying to stand against tyranny of Tholosian Empire.

Firstly, the world created by the authors is ruthless and unjust. In the present, most of the humans are genetically designed for specific roles. The ruling Tholosian Empire creates the perfect workforce, soldiers, engineers and so on, providing them with genes enhancing brain or physical power, depending on current needs. But creating an ideal human being needs a lot of work and experiments, so we have different batches of specimens, called here cohorts, with different level of advancement. But the Empire is not stopping at that. To ensure a perfect submission of their subject, they equip each person with a special chip, that allows the specifically designed AI called Oracle, to influence their brains and if the need arises, taking complete control over their bodies and minds.

When we have an evil tyrant, there are also freedom fighters. It is the same here, and our characters are members of Novantaen Resistance. It consists mostly of biologically born humans (they are still existing, but most of them live in slums as the lowest members of society). Other people resisted ever-present Oracle and managed to get rid of the mind-controlling chip and harmful programming. They are doing their best to make Empire life harder, sabotaging their operations, stealing resources, and helping the opposition.

All main characters (which are many in this book) at some point become part of the Resistance. Every person has their dark and traumatic circumstances, that pushed them to fight back finally. I like how diverse all the protagonists were, all of them were strong and exceptional in their field, and while combining with others, they made an extraordinary team. We have a perfect spy, soldier, mechanic, engineer, courtesan, pilot and a leader of the Resistance. The title suggests that we have seven main characters, although, in this book, I would say that two of them didn’t have enough spotlight. We have chapters told by five of them, while the last two are involved with all the action, but are lacking depth and are more like side characters. But as this is the first book in duology, I suspect that we’ll see more of them in the next book.

I was intrigued when I heard about this book as a “feminist space opera”. It is obviously because most of the characters are strong female protagonists, while all the bad guys are men. I think it may not sit well with all the readers, but it didn’t bother me. The only downside was that the single male character from our band of heroes was more of decoration than a real person. He was there, but his presence hasn’t changed anything and could be as well omitted, without any damage to the story.

I enjoyed reading this book. It is full of action, fast-paced and the world is quite complex. The politics, the intrigues, an evil Empire – it’s all there. I also liked the idea of the ruler – the Archon creating for himself dozens of genetically perfected children and then forcing them to fight each other until only one remains to take the title of the official heir.

“Seven Devils” will take a strong position among space operas. I wasn’t sure if authors can pull off the story with so many main characters, but I think they did brilliantly. The world they created is intriguing, and strong female characters are the highlights of this book. If you enjoy full of action sci-fi tales, this one will make an excellent addition to your collection.