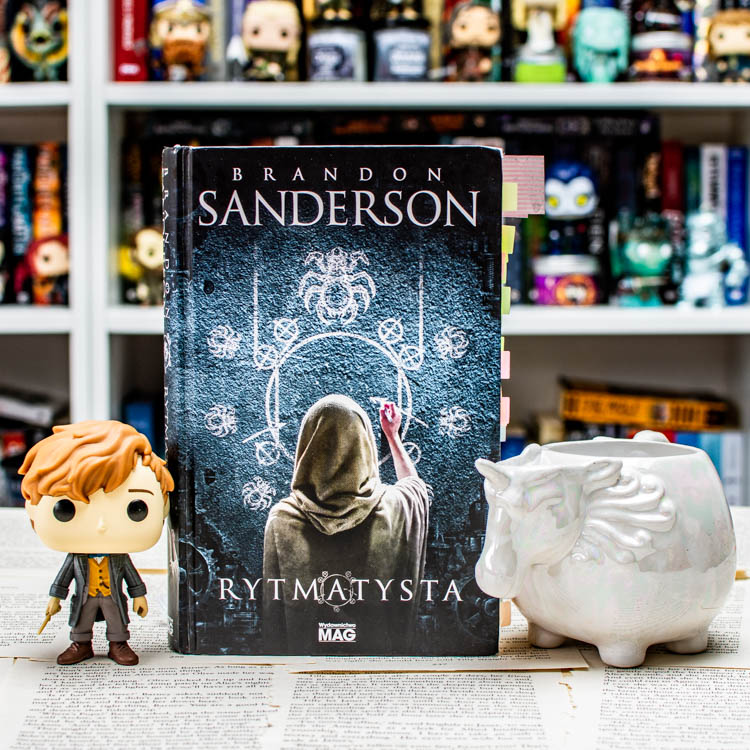 In an alternate world, America is divided into small islands. In the middle of them, all is Nebrask – a dangerous place. It was infested by the Wild Chalklings who terrorise local people leaving only ruins and mutilated corpses in their wake. The single line of defence is Rithmatists, people with a rare talent to make their chalk drawings come to life and keep the wild creatures at bay. That’s why there are eight different schools responsible for training them, located on different islands.

Joel is a student in one of them, Armedius Academy. Unfortunately, he wan’s chosen to become Rithmatist. But as a son of chalk maker, he has knowledge in this discipline better than most other students. There is just one small detail – his drawings remain lifeless. But it doesn’t discourage him from sneaking into Rithamitist’s lectures to learn more every time he has an opportunity.

When students from Arcadia Academy are starting to disappear in mysterious circumstances, Joel managed to get a position of assistant to the professor in charge of the investigation. Thanks to his inquisitive mind and Rithmatistic knowledge, he discovers things that will change the magic discipline forever.

The book is not typical YA, the world itself is far more interesting than most. Sanderson’s trademark is very sophisticatedly built realms. Even though this one is an alternate version of our world, there so many differences you will be amazed. We have here steampunk inventions, like mechanical horses.

The Rithmatic itself is described with all the nitty-gritty details. It is based on geometry, where shapes play a dominant role. The more perfect Rithmatist can draw his figures, the more power would they gain. And it’s not only valid for defence lines, but also for chalklings – the more detailed is the drawing, the more powerful it will become.

Joel is full of passion and is ready to sacrifice a lot to fulfil his dream of becoming Rithmatist. And even though or the odds seem to be against him, he never gave up. Melody is his opposite. A girl from a wealthy family of Rithmatist doesn’t seem to have any talent or will to learn this specialised discipline. The author skilfully includes in his novel a problem of finding our own way instead of following the majority.

I recommend the book not only to young people but to everyone. The story is easy to read, full of humour, but there are also creepy moments, that will give you a chill. The only disappointment is that there will be a sequel, but no one really knows when. Because multiple other projects the author is working on, this one is not prioritised. So when we get to the best bits of the story it ends, leaving us unsatisfied.