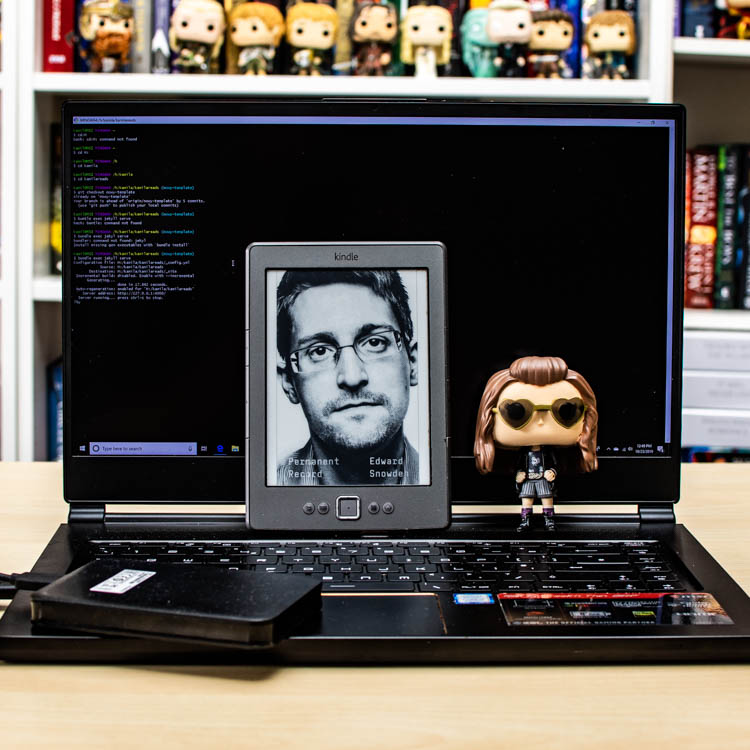 Edward “Ed” Snowden is an American computer professional who worked for CIA and leaked classified data about mass surveillance programs to journalists, who then made them public. If you think about it, it sounds like a good story for a spy novel. But what it makes it more interesting, is that it really happened. In 2013 the news broke, and the world was shocked to discover that American government was collecting an enormous amount of data, all the emails, phone calls and text from a regular people all over the world. After six years of Snowden in ‘Permanent record’ shares his story of how he managed to collect all leaked information and what led him to this life-changing decision.

I was wondering if the book was written by Snowden himself, or maybe he was using a ghostwriter? I think he actually did it himself, in acknowledgements he mentioned he was taking a six-month writing course. He is using vibrant and sophisticated language, characteristic to highly intelligent people. It doesn’t mean the book is hard to read or understand, on the contrary. He explains every concept, every thought very thoroughly. For me it was sometimes a bit much, I think that sometimes you don’t need so many words to make the reader understand you. But I was watching some interviews with Snowden, and I think it’s very characteristic for him. Even while answering the simple questions he’s trying to give as much context as he can to make sure he formulates his thoughts opinions clearly for everyone.

‘Permanent Record’ is not only a story of his famous leak, but it is also his story as a person, and how he ended up where he did in life. We learn about his childhood and his ancestors, a long family tradition of faithfully serving their country. Most of the book is about how he slowly discovered more and more disturbing information about the US government and how hard it was for him to keep working there and say nothing. We learn about his mental struggles, how hard it must be for a person not to be able to share anything about your work (which is most of your life, basically) with your family or your loved ones. Not even when your job makes you most miserable.

The book is interesting not only because it tells about how the CIA – the most secretive of all agency – is working. For me, the most interesting aspect was how it affected the agents themselves and their lives. How they were ‘indoctrinated’ and what was expected of them. And how any signs of disobedience were squashed at the very start.

The most incredible thing was how Snowden could keep all his proceeding in secret, with awareness, that what he was doing will change his life, and a world forever. Once he started collecting the data, there was no turning back. And he couldn’t tell anyone about his mental struggles, not to endanger them by implicating them in his actions, which were by US law treason. At the end of the book, there were also a few chapters written by Lindsay, Snowden’s wife (girlfriend at the time of leak). She was describing what was happening after the news broke and how she was endlessly interrogated by government officials. And even more respect for Snowden, that they didn’t find any reason to implicate her, and eventually had to let her go.

‘Permanent Record’ is undoubtedly a book worth reading. It will open your eye at how much power we gave away with the simplest information, without even thinking about it. It also highlights a moral dilemma when a good of employer (here government) and the society collides. It also reminds us that government should serve people, not the other way around. Because if we forget about it, we will end up in totalitarian reign without any personal freedoms.