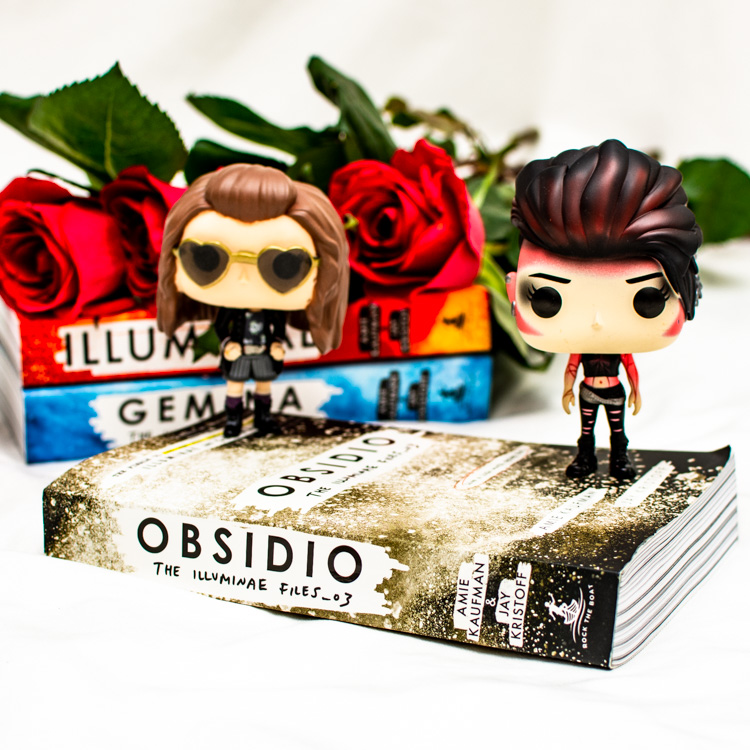 Obsidio by Amie Kaufman and Jeff Kristoff is the final book of the Illuminae Files trilogy. After first two books I was completely swept away and couldn’t believe how good they were. So the bar was set very high for it to deliver an equal satisfying ending to this epic space journey. Has it succeeded?

This part of the story is slightly different. We are again introduced with two more main characters (and lots of secondary ones) while the story is coming to an inevitable end. Because of that I feel like Asha and Rhys are my least favourite characters, not because they are not good, but their story felt somewhat rushed.

The book has also different atmosphere. It’s less unstoppable action and more dark reality of galactical war. We see first-hand how the hostile occupation looks like and how atrocities are new acceptable reality. The last survivors on Kerenza IV are fighting a hopeless battle with an overwhelming military forces whose only goal is fulfilling their orders at all costs. There were few scenes which were really brutal and terrifying. Not because it was some alien threat, but it was the people who were responsible for it.

We also have our main characters from previous books join their amazing forces which gave us pretty badass team, full of funny banters which were really helpful to make all the dark climate of the book a little bit lighter.

The ending was epic, contained interstellar battles and a lot of drama, but failed to surprise. I guess it would be very hard to be really shocked at this point, after what happened in first two books. We saw what the characters were capable of already.

But I did really enjoy it. The beginning was a little bit slow, but then when the final showdown was closing it was more and more captivating. Was it a good ending for the story? I say yes. This series was so amazing I will be recommending it and talking about it for a long time. Because it was one of the best series I’ve read this year and I’m really thankful for it. Can’t wait to read the next cooperation from the authors - Aurora Rising Cycle.