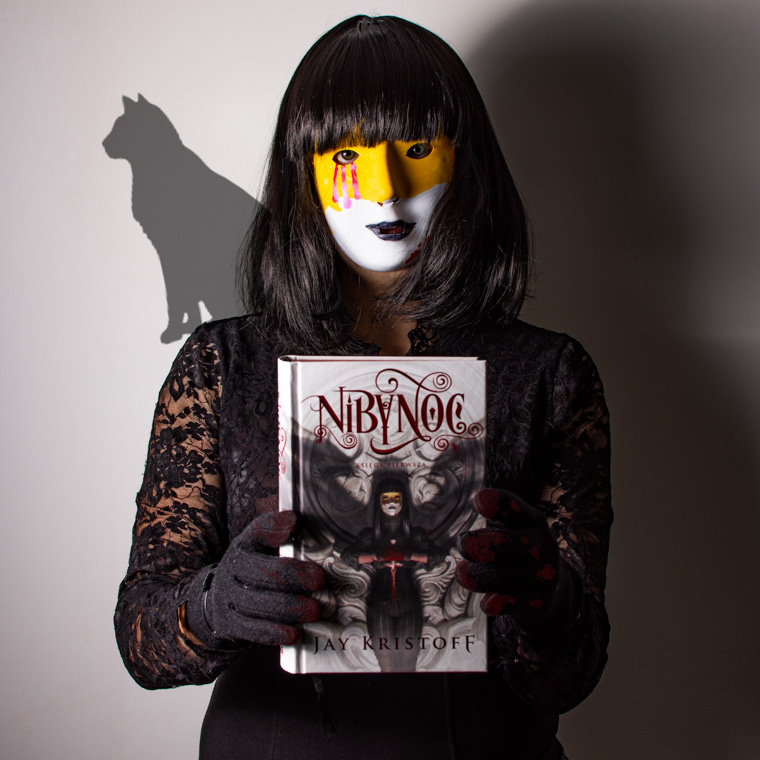 Nevernight written by Jay Kristoff is a book about young girl Mia, who lost her family very early due to unsuccesful revolution. Her father was hanged as a traitor, her mother and baby brother imprisoned and Mia herself bearly escaped her own death sentence. She sweared to avenge her family and make the opressors pay. To make sure she will succeed she wants to join the most deadly assassins guild in the world.

The story takes place in a fantastic world where the three suns shine bright and almost never set. It’s full of mythical creatures, deadly magic and hateful Gods. I really enjoyed discovering this world. Although I have a problem with the form the author choose to tell us more about it. We learn the most from annotations which are sometimes really long what I find very discracting. Fortunately as the action progress there is less of this notes. The tale is full of action and quite captivating. Mia is a young lady driven by her desire to avenge her family. She’s also very unique, because she has a special friend in the shadows who helps her through her journey. We accompany her when she’s preparing to become the greatest assassin while discovering her own dark powers and limitations.

I was fascinated by the Red Church institution and their little community. It was exactly what you can expect from assassin’s school and then some more. There were some pretty drastic twists and surprises waiting for a reader along the way. I have a few moments, where I was completely taken off guard and had to take a deep breath before coming back to reading. The community itself was cruel, unforgiving and bold. But at the same time we could see that there were also the smallest kind feelings and gestures. You have to read it to find out if its possible to find friendship or love in such a place. Or maybe everything is only a game, a way to gain advantage over your compettitors?

Overall I did like the story. At first it was a little bit hard to get into it, because there’s a lot world specific terms and those annotations. But as the action progressed I felt more and more drawn to it. The world and its magic are fascinating, the characters interesting and multidimentional. If you like fantasy full of action and thrill you should definately read it. I most certainly read the next tomes soon!