Marion Lane and the Midnight Murder 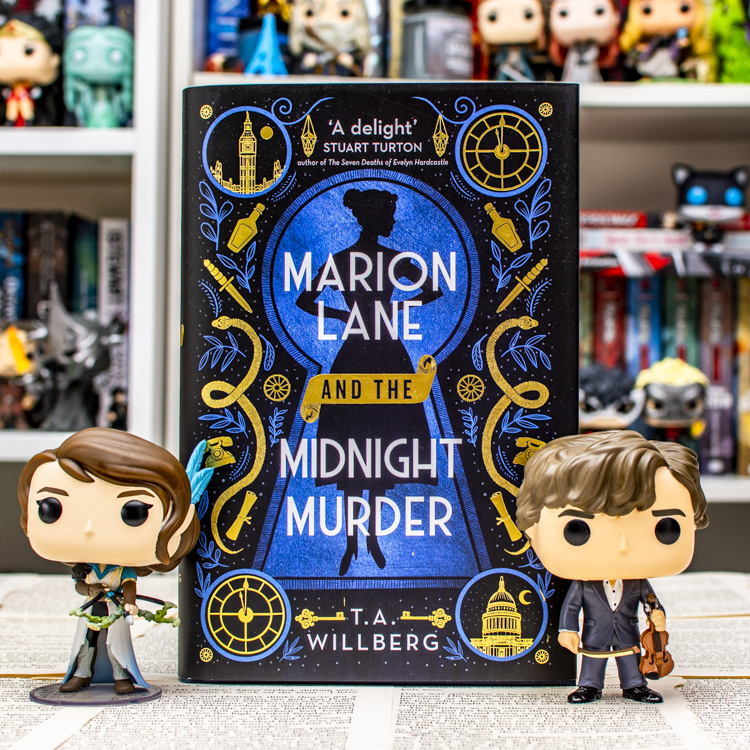 “Marion Lane and the Midnight Murder” is a debut novel by T. A. Willberg. It’s a mystery set in 1958 London, but with a bit of a fantasy twist. I absolutely adore the cover, which was the main reason I wanted to read this book.

I love the setting the author created. Marion Lane is an inconspicuous young woman who works in a tiny bookstore called Miss Brickett’s Secondhand Books and Curiosities. But the truth is, that’s only the cover-up for the secret organisation of private investigators, who are helping Londoners with cases, which police cannot or don’t want to handle. Marion is an apprentice there, hoping that one day, her name will be immortalised in the golden plaque of honoured Inquirers. Unfortunately, the daily routine is disturbed when one of the employees is murdered in their headquarters at midnight. All clues indicate that it was an inside job.

This is the first book in the series, so here we learn mainly about the agency, its structure, employees and, of course, their fantastic headquarters located underground in a maze of complicated tunnels. Because of the nature of the crime, we don’t see how Inquirers (investigators) work outside on London streets, which is a bit of a shame, but I’m sure in the following books we’ll learn about it too.

The secret base itself is so intriguing and full of secrets that it’s enough to keep the reader turning the pages, wondering what could be hiding in forbidden parts or undiscovered tunnels. Also, another brilliant thing in the book is the gadgets that are on the border of crazy inventions and magic. The whole place feels like a mixture of Ministry of Magic and James Bond movies.

The novel is a charming and pleasurable read. Marion is an independent young woman, inquisitive and ready to do her best for the job. She is not afraid to act according to her believes even if stubborn digging up for the truth might end up badly for her.

If you enjoy mysteries with a unique setting and flares of historical novel mixed with fantasy, you should check out this book!