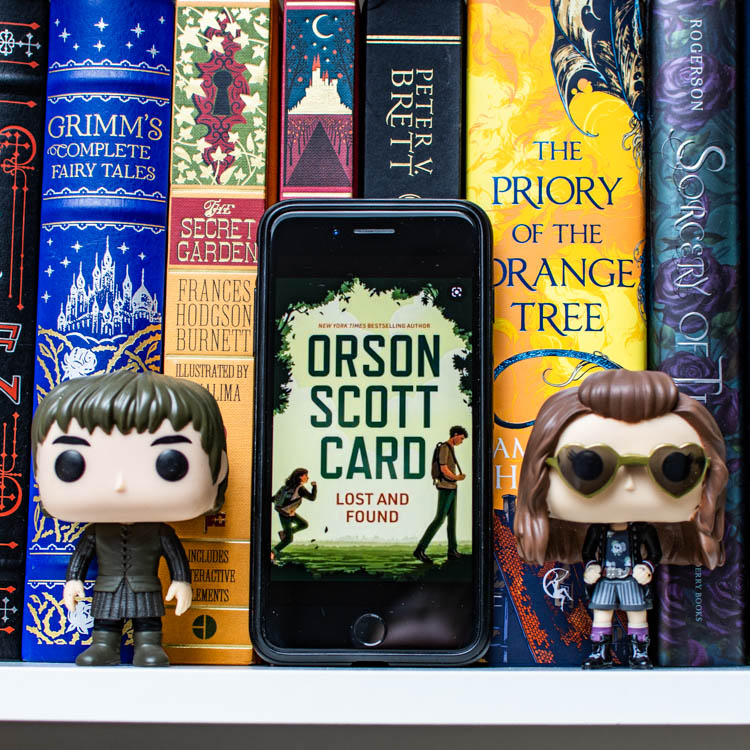 ‘Lost and Found’ is a new novel written by Orson Scott Card. Contrary to most of his book, this is not a sci-fi or fantasy story, but Young Adult contemporary with a little bit sparkle of everyday magic. I didn’t know what to expect of this book, but as I’m a big fan of the author himself, I had to check it out.

It’s a story about fourteen-year-old boy Ezekiel. He has an exceptional talent of finding lost things and instantly knowing where the owner is. It sounds good in theory, but it quickly turns up to get the boy in lots of trouble. When he was a kid and tried to return those lost objects, he was repeatedly accused of stealing them. He already has a large file in police departments, even though he never actually took anything. So, he stopped using his gift, even though ignoring it brought him severe anxiety. He is also treated as a freak at school and doesn’t have any friends there. That is until a very resolute, tiny girl decides she wants to be his friend and doesn’t take no for an answer. And thanks to her encouragement and support Ezekiel consider using his micropower (not superpower) to good use and try to help find a missing child.

The book is full of humour, funny banters, and wordplays. Both Ezekiel and his new friend Beth are brilliant kids, way beyond the average children they age, and their bickering can be very entertaining. It also has loads of very accurate observations of life itself. The author beautifully showed us the struggles of growing up, finding our place in the world and believing in our own talents. There were a lot of quotes I marked while reading, some were witty and funny, but others profound and meaningful.

All the characters were very well created too. I adored Ezekiel’s father, who had such a hard time taking care alone by the kid, who was very special and had a lot of issues. And all the time he was this role model, which we all would love to see in our father. He always had his son well being in mind, and even though he was a very calm and kind man, he would fight like a line if someone wanted to harm or treat Ezekiel unjustly.

But what started as the funny and entertaining book turns out to be a story full of drama, tensions and emotions. I think Orson Scott Card is a real master of creating compelling stories, that keeps us at the edge of our seat while we are reading them. It doesn’t matter if the action is placed in space, a magical fantasy land or in our own real world. The emotions and feelings are there every time. I’ve read lately one of his other books (a pretty old work) and wasn’t happy about it, but I’m so glad I read this one because it reminded me why I value his work so much.

When I was finishing the book, I was just sitting there reading, dismissing all my other responsibilities, because I just needed to know the ending of this story. And there were tears involved too. I loved this story, and I can recommend it to everyone, no matter if you are a teenager or an adult.