The Look of a King 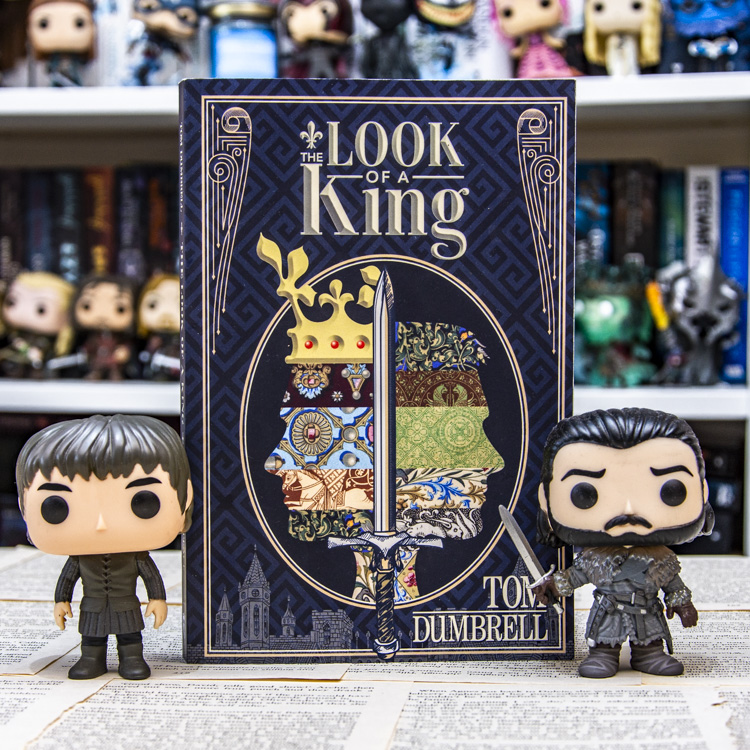 “The Look of a King” by Tom Dumbrell is the first book in a medieval-inspired series “Pillars of Piece”. The story is based in an original world where four nations are occupying the main continent. They all live in peace since the treaty was signed eight years before, but unfortunately, harmony will not last much longer, and violence will once again spread through the land.

The tale follows two young men, Augustus, a pampered heir to the throne, who is a selfish prick, and Cyrus, an orphan living in the small village who love telling stories of bravery and chivalry. He has a heart of gold and horrible luck. With an unexpected twist of faith, Cyrus is forced to take over Augustus’ life and obligations. After initial euphory and hope that he finally gets the chance to live in one of his beloved stories, he quickly learns life is far different from the epic tales.

Even though the setting of the book is an original world, it could be as well any medieval European country. The story is solely focused on political intrigues, so you won’t find any magic or strange creatures here. But there is an abundance of scheming, diplomacy, and battles. A seemingly obvious situation keeps changing and evolving, and so does allegiances. That’s the most vital point of the book, I think, as we keep reading to see how everything will be resolved at the end.

Cyrus is a great protagonist. Thrown into a challenging and unfamiliar situation, he stumbles and fails but ultimately keeps going forward, learning the ropes along the way and growing into the role of the king he is supposed to play. Augustus, on the other hand, is just annoying. I don’t think he has a single trait to like or admire. I’m aware he was probably designed like this to be a good comparison for Cyrus, but I wish we could see a bit more levelled picture of him, and not only his bad sides.

I also feel a need to mention the side characters that were well written – Garrett and Thaddeus. I think I like this duo the most from all the cast. They were great support for Cyrus, and he could always count on their calm advice and down to earth approach. Also, I was pretty sure the setting was kind of masculine – the men rule and fight their wars, while women are looking pretty and are always there to support the strong, masculine heroes. Luckily, later in the book, we meet Mathilde, who I’m pretty sure could kick Cyrus’ ass in a swordfight.

Overall, I enjoyed the book – it has a feeling of a classic tale of kings and knights with cruel twists of fate. Even though the book is self-published, it doesn’t lack anything. If you enjoy the stories of political intrigues, you should give it a try.