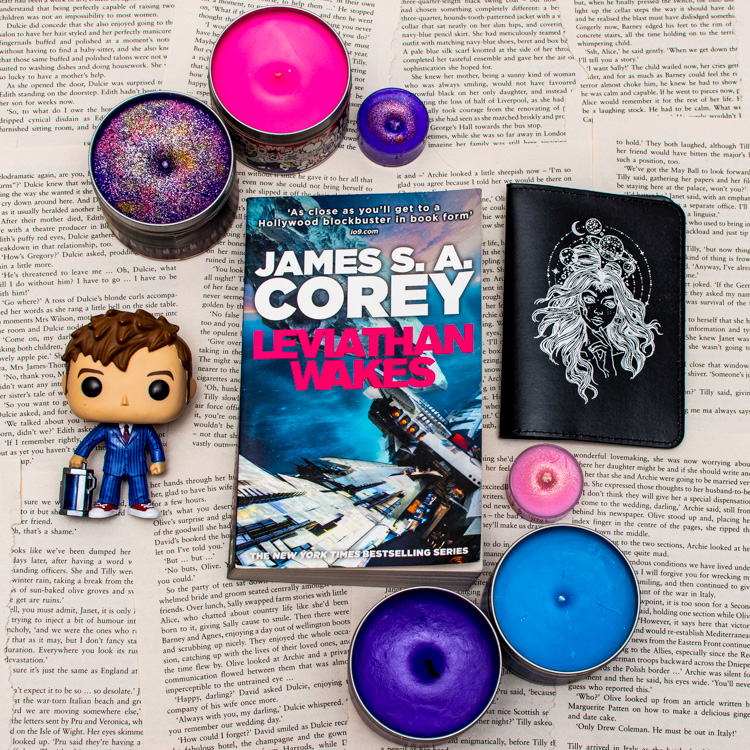 Leviathan Wakes is sci-fi space opera written by James S. A. Corey. It is actually a pen name for two authors, Daniel Abraham and Ty Franck. There is also a TV series based on the book called the Expanse.

We are in the future where humanity has already colonized most of the solar system - Mars, the Moon, the Asteroids Belt and beyond. But they still haven’t reached for the stars yet. But it’s becoming clear, that solar system is not enough for humans. Jim Holden is XO on the ice hauler ship flying between rings of Saturn and Belt’s mining stations. His boring, peaceful routine quickly changes after they found a derelict ship ‘Scopuli’. Form that moment, all hell breaks loose. Unidentified ships trying to kill him and all the other witnesses, who might try to uncover the dark secret.

On the Belt’s station Ceres detective Miller is given a task to find Juliette Mao, a daughter of powerful Earth family, who turned rebel and joined the Belt’s organisation OPA. It’s basically kidnap job, but Miller is not questioning his superiors. That is until he learns more about Julie and starting to see connections to very unnerving events that are happening in the solar system. Is it possible that a little rich girl is in the middle of the greatest conspiracy that humanity have seen so far?

Narration in the book is written from two points of view, Holden’s and Miller’s. Those two characters couldn’t be more different from each other. Jim Holden is an optimist and idealist, he believes that all people are good in general and there should be no secrets, all the data should be accessible for everyone, and humanity will be smart enough to chose the most rational approach. Miller on the other hand is older and cynical. He is convinced, that people are greedy bastards and do everything to grab more power for themselves, no matter how many innocent people will die in the process. He is a cop on the Belt and that mean he is not afraid to do whatever is necessary to keep peace. You can imagine what will happen when those two will try to work together.

I watched the TV series first and then realised that it is based on a book. I knew right away that I need to read it. So when I’ve finally finished reading it I have to say that The Expanse is very true to the book. Everything plotwise is exactly the same. In the TV series we have more points of views, there are also perspective of Earth ambassador and Martian soldiers, and in the book we only have Holden and Miller. While reading we’ll also get more background on the whole universe and everything is obviously described with more details and depth. But this is very good adaptation, one of the best I’ve seen actually.

Leviathan Wakes is a first book in The Expanse series. So far there is eight books written, but don’t feel intimidated by this number. This book don’t have cliff-hangers at the end so it can be as well read as stand alone. Of course I’m dying to know what will happen next, so I’ll grab the next book soon for sure. It has really everything you may want from sci-fi - spaceship battles, colonized solar system, an unknown threat for whole humankind and dark secrets to uncover. So if you haven’t read it, what are you waiting for?