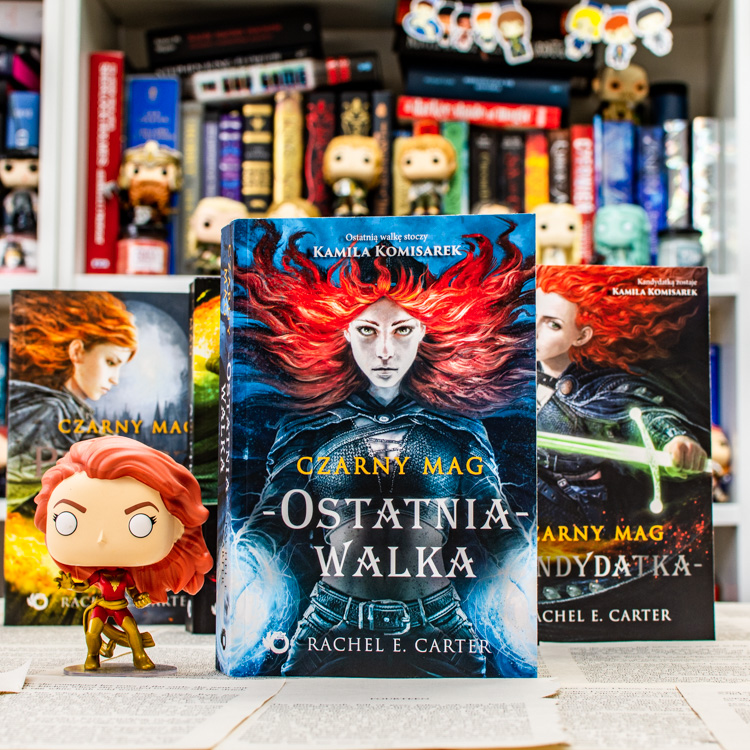 “Last Stand” is the last book in “The Black Mage” series by Rachel E. Carter. The review contains spoilers to first three tomes of the series so please do not read unless you read them.

After dramatic events in “Candidate”, Ryiah found herself in a perilous situation. She discovered the truth about nefarious plans of new king Blane, but she doesn’t have any proof to back up her accusations. But she can’t turn a blind eye to Jerar’s people suffering. The young mage decides to support the rebels and use her power as Prince’s wife to sway the ruler of Pythus and convince to support the insurgents instead of a king. Unfortunately, her action may cost not only her life but also the love of her beloved husband.

“Last Stand” seemed to be a very dramatic book. From the very beginning, Ryiah is faced with crushing guilt, alienation and unbearable loneliness. Because she sees herself as a traitor already, she consciously separates herself from Darren, who she’s just married, trying to protect him. Unfortunately, her actions result in making the breach between newlyweds even bigger. To be honest, I didn’t like the first half of the book very much. Ryiah’s plans seem naïve to me from the very beginning, and she was way too dramatic. What’s more, her forced isolation and stubbornness to do everything by herself resulted in even more difficulties.

The book became more interesting when all meticulously laid plans collapsed, and the whole world has been shattered. Only then I started reading the story with genuine interest, wondering how our heroine will deal with this outcome, alone against the world. The tale also became more action-driven, and it was hard to put it down.

Ryiah, as a heroine, developed a lot through the whole series. From hot-headed, impulsive, but hardworking girl, she turned to a responsible young woman who is not afraid of taking on any challenges, and always stays true to her ideals. Her most endearing trait is her unconditional love for Darren, which shows in everything she does (even though it’s not always wise or logical). And she never ever gave up. Every time she hit rock-bottom, she just stands up, brushes off the dirt and starts again. Even though she has many features that irritate me and is sometimes too melodramatic, I still think she is a great protagonist.

If you are already fans of the series, I don’t have to encourage you to read the last book. If you don’t know “The Black Mage” series yet, I can recommend it if you like light young adult fantasy where romance is playing the leading role in the story.