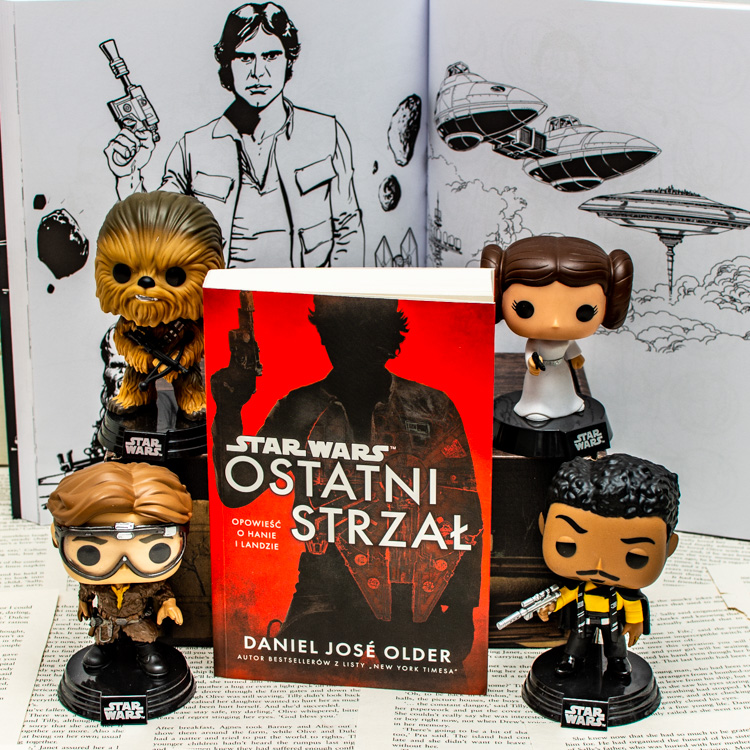 Star Wars: the Last Shot is a story about Han Solo and Lando Calrissian’s adventures. The action takes place partly before events from Han Solo the movie and partly after. People often says that Star Wars book without a Jedi Knights is not a good book, but I don’t agree with them. I personally always loved Han Solo and even though I haven’t seen the movie yet, I was very excited to read this book.

The story is really fast paced and very easy to read. When you start reading it feels like meeting with old friends. It’s a few years after defeating the Empire and Han has to deal with completely new challenges - being a husband and a father, supporting Leia in her effort to create new, functioning republic. When Lando Calrissian knocks on his doors in the middle of the night he pretends to be annoyed, but deep inside ha can’t wait to go back on Millennium Falcon and go across the galaxy once again. There is a threat from the mad scientist they both encountered many years ago and they are the only ones who can stop him.

We learn the story from three different times - current events, from ten years ago from Han’s perspective and fifteen years ago from Lando’s point of view. Even though there is no Jedi Knights in this book, we can certainly feel the Star Wars’ vibes here. There are tones of blaster fights and mad chases on the ground and out in the galaxy. There is also lots of humour and funny bickering between Han and Lando. We not only see Chewbacca once again, but also meet brand new characters, like young, daring pilot, who is advertising his skills under a name ‘Han Solo’, female Ewok hacker, who doesn’t speak any basic language and a Twi’lek woman who may or may not be love of Lando’s life.

It’s not an amazing book, the story is not very original or surprising, but I found that I really enjoyed it anyway. I think while the book has our favourite characters in it, we can forgive it for not being quite perfect. If you like Star Wars and Han Solo, you’ll have fun while reading this story. It’s a good way to pass the time until the next movie anyway.