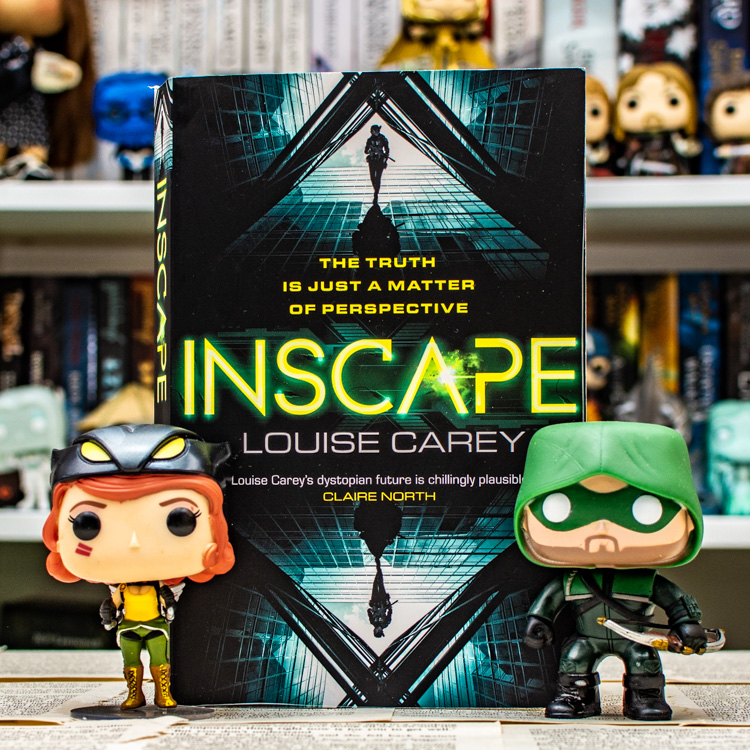 “Inscape” is a solo debut cyberpunk thriller by Louise Carey. Tanta is a promising agent of the InTech corporation, and she’s beyond excited when she is dispatched on her first critical mission. But what was supposed to be a simple task of retrieving a stolen hard drive turns out to be a disaster. As one of two survivors, Tanta is thrown deep into the intrigue that is far beyond what she was expecting.

The author takes us to the future, where after the catastrophic Meltdown, the world was changed forever. Corporations took over the reins and ruled their designated areas as undisputed governments, competing with one another for influence. Technology is very advanced - the only vehicles are autonomous machines, while stationary computers are archaic relics of the past. Most people have brains rigged with implants allowing them to access technological infrastructure that is supposed to make their life better. It’s like having your phone in your head and using all the apps with a single thought.

It may sound great and handy, but there are the downsides, of course. The corporations have absolute power and decide how to use their resources – the people - best. They are trained from an early age in the specific areas, to make sure that corp can use their potential to the full. Also, most of the places are monitored, including all private communication. Credit Score determines the value of people; it is calculated on the base of how useful the person is for the corporation.

Tanta is as devoted to InTech as one can be. The only right decisions are those that benefit the corporation. When she is partnered with Cole, a sceptical and rational scientist, she embarks on a journey, where all her convictions will be put to the test. Throughout the book, the protagonist discovers truths that should never be made public, shattering her whole perfect world. It was a real pleasure to observe how she changes to adapt to her new circumstances. And from a stiff, unlikeable character, Tanta becomes someone that we are rooting for.

I also really like the concept of Cole, as a character, with his memories wiped out. He is a brilliant scientist, but his memory is full of holes, and he must deal with not knowing what happened to him in the past, and how could it affect the current case he’s working on. Despite his initial resentment for Tanta, through facing countless dangers, he quickly grows to respect and care for her in his way.

“Inscape” is the first book in the series, so not everything was resolved entirely, and some of the questions remained unanswered, but the main intrigue was neatly settled. I feel like the world could be described a bit more elaborately. It seems remarkably interesting, but we only know what we discover following Tanta. We never learn what exactly was the great Meltdown, except it was a catastrophe. The action is based in London (deducing from the Thames being a border between two corporation territories), but we have no idea if there is anything beyond the city, and what other corporation may be in play (we only learn about InTech and ThoughtFront). I’d love to know more about this dystopian world, and I hope for it in continuation.

The book poses essential questions on how far humankind could go to improve themselves. Where is the border between enhancing our biological bodies with technology and changing people in mindless slaves with brains rigged with safety switches that could go off if they became no longer useful?

“Inscape” is starting on a bit on a slow note and take a while to get your head around its dystopian world, but once the things escalate, it makes a captivating tale. If you enjoy cyberpunk genre with evil corporations and humans augmented by technology, I’m sure you’ll enjoy this title.