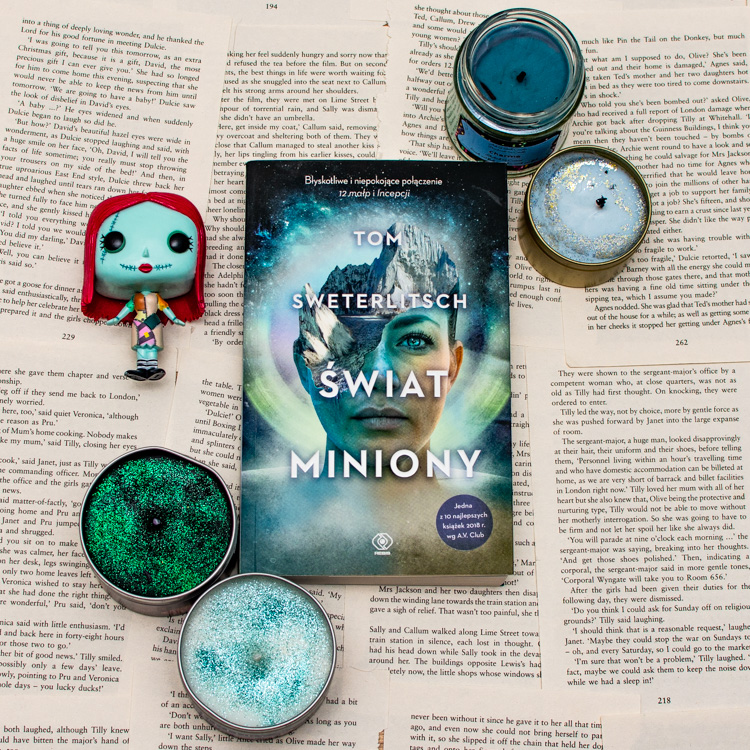 ‘The Gone World’ by Tom Sweterlitsch is a fusion of sci-fi and mystery novel. I’m personally a fan of both genres so I couldn’t wait to read it. The story began in 1997. Shannon Moss, who works for Naval Criminal Investigative Service, is given a case of former SEAL marine family murder. On the site, she also discovers that his teenage daughter went missing, and she is determined to find the girl alive. Everything gets more complicated, when it turns out, that missing SEAL was also participating in Deep Travel assignments, meaning he was travelling to the future. Shannon is prepared to do everything to solve the mystery and embark to the journey to 2015 to find more clues about the case.

I enjoyed the book very much. I’m a huge fan of time travel stories and mixing it with a complicated murder case was a splendid idea. Truth be told, not everything was explained perfectly, but it didn’t bother me that much. Firstly, it seemed strange to me, that straight after opening the investigation, they sent an agent into the future to get all the details from an already solved case. It’s kind of like cheating, don’t you think? But to my relief it turned out the case was not settled and Moss had to work hard to discover any leads after twenty years since the murder happened.

I also liked how the author presented us with difficulties of time travelling. And I don’t only mean the ageing aspect, while you are jumping to different years and sometimes spend months or years there, it’s normal that you come back to your terra firma older. Your biological clock does not stop. But I was far more interested in what happened in people’s minds. Their brains tried to make sense of their constant environment changing, so they keep adapting to new times, the people they met, freshly forged friendships, higher technologies. But then they get back to their reality and the world they spent the last few months stop existing, nothing really happened, it was only an illusion. Wow, how are you going back to your life after that? And when you keep doing these jumps in time? No wonder people went mad.

Apart from the criminal investigation, we also have an inevitable end of the world, called Terminus, which is approaching slowly but surely. In every possible future, the agents are faced with the unexplained phenomenon which wipes the whole humankind from the face of the Earth. And no matter how much the special forces try to prevent it, it’s coming closer. Shannon will have a chance to discover the origin of Terminus. If only she survives that long.

Another strong suit of the book is characters creation. I liked that even the most prominent antagonists had excellent logical reasoning behind their schemes. People were often changing sides if persuaded with enough reason, and not blindly running towards mindless destruction. Even Shannon had to face many moral dilemmas.

I was very impressed with ‘The Gone World’ and enjoyed reading it immensely. If you like mysteries and want to try something different and you’re not afraid of a little scientific description (which are not that many) you should check out this book!