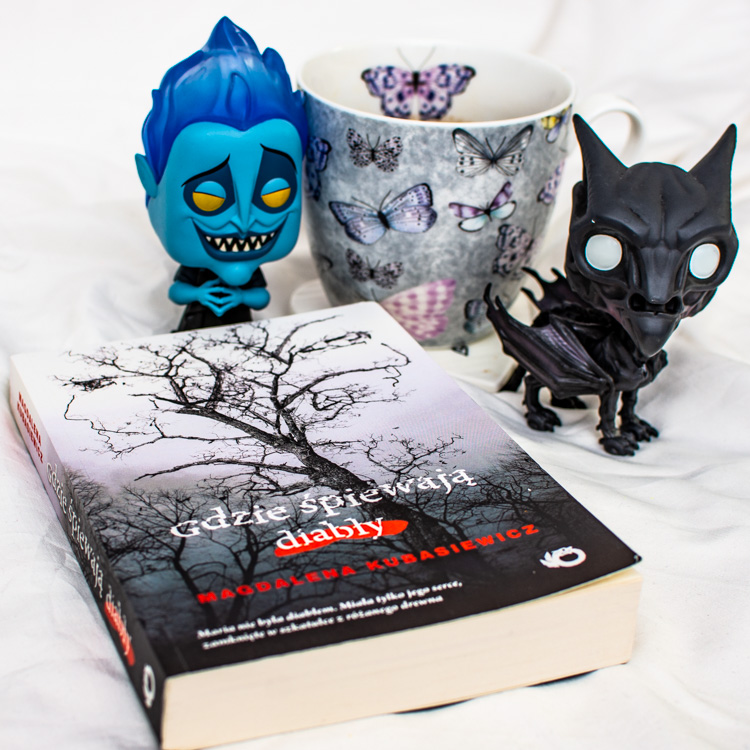 Welcome to Azyl. It seems as world have forgotten about this little town. Phones are not working here, not to mention the Internet. There’s a lot of big, empty houses and their numbers are against any logic or order. But the names of the streets are really poetic. There is also a lake here, the town’s folk calls it Devil’s Lake, although you won’t find it on any map. Its surface is jet black and its coast very treacherous, so don’t let its beauty deceive you. Sometimes you can hear the Devil singing here. Local people can tell you the tale about the Devil and the Witch, but they are not very friendly towards strangers. You are entering on your own risk.

Piotr didn’t get scared by Azyl. Even though he is very rational person and he doesn’t care about folk’s tales and legends, he is determined to find his twin sister Ewa. She’s gone missing over nine years ago, but lately police has found her photo in a wallet of a murder victim from Azyl. Despite the fact, that police did not find any further evidence for Ewa’s whereabouts, Piotr is determined to find the truth on his own. But the local folk seems to be very hostile towards him and tells they haven’t seen or heard of Ewa. Will Piotr succeed in his search for truth?

The book has very mystic and mysterious atmosphere. The protagonist finds himself in a very unwelcoming place. But against all the odds he keeps asking questions and searches for any traces of his missing twin. The longer he stays there, the more he is convinced that his sister was in Azyl indeed and the locals are hiding something. All inhabitants have their own version of the Devil and the Witch tale and, although first Piotr was not interesting in them, later he finds himself intrigued by evolving story.

The main character is not very likable as a person, but as history unfolds we are cheering for him to solve the strange case. I really liked how the author created Azyl’s inhabitants. From the beginning we get the feeling, that we are in a very strange place, full of weird people and lunatics. It really brings to mind some shady sect. People are all very hostile and seem to be ready to even turn to violence if you try to pry on their business. But does it mean that one of them is a murderer? That’s why they don’t want to talk to the police? Or are they hiding another dark secret?

The book is very easy to read. The local tale gives it an atmosphere of a fairy tale. It’s a perfect read for a long winter evenings. I really liked how the author shows us that the tales are changing due to our own feelings, experiences and believes. We also don’t get a clear ending. We have to decide on our own which variant of the story we want to believe. If you want to uncover the secrets of the Azyl you have to read this book yourself!