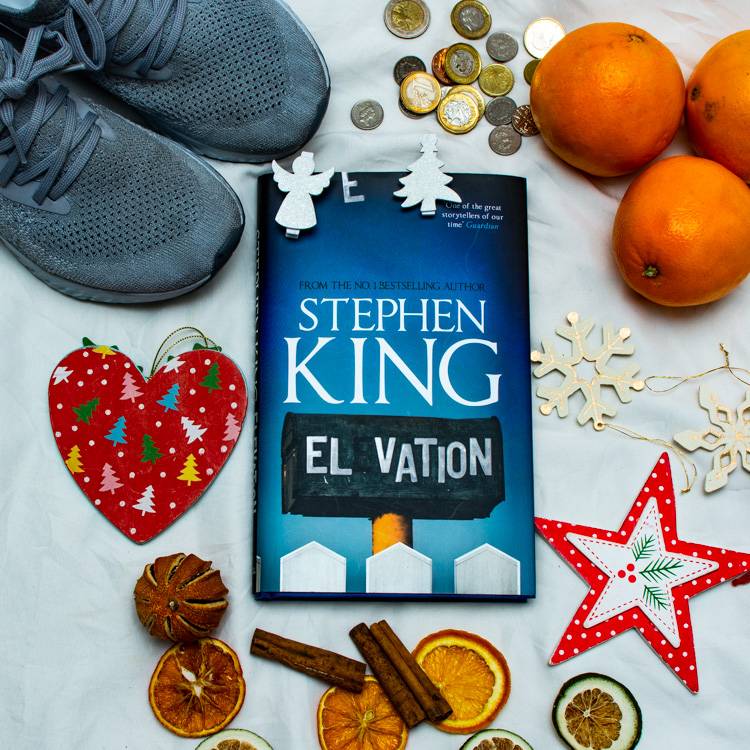 Elevation by Stephen King is a short story about an ordinary man who experience extraordinary things. It’s hardly a novella, as it has 132 pages with big letters and big margins and also some nice illustrations. Basically you can read it in just one evening. And as it is King we are talking about you won’t be bored with it. Just for the record, this book was voted best Horror book of 2018 by Good Reads users, but don’t let that scare you. It is NOT a horror.

King’s greatest talent I think, is telling people’s stories and creating worlds that we feel are as real as our own. In case of this book is the same. We become a part of a small, provincial town full of neighbours’ little squabbles, small mindedness and prejudices. The main character Scott Carey is one of those neighbours. But as he starting to experience some weird things he also has to review his own behaviours and feelings.

He started to steadily loose weight. What’s there to worry about? - you would ask. The thing is, despite what scale is showing he’s not getting any smaller, his cloths are not looser and he still looks like he should weigh over 230 pounds. Slightly worried he ask an advice from his friend, who is retired MD. He doesn’t want to hear anything about going to the hospital for closer examination in fear of becoming testing object.

When it becomes clear that his weight loss is not going to stop instead of worrying Scott decided to embrace this strange phenomenon. He gets advantage of his new physical fitness and even gets to participate in annual town 12K run. But still having in mind, that one day his weight will reach 0 he also changes his own behaviour. Lately he noticed that his neighbours, married lesbian couple, who are running a restaurant in town are suffering from prejudiced people and soon will be forced to close their business. He tries to change peoples mind and befriend his neighbours. But is it even possible in a small town like Castle Rock?

The book is really neatly written. Scott is very likeable, even though he used to be as small minded as the rest of the little town, but feeling his inevitable doom looming above him, he decides to become a better version of himself. It turns out he can be a really decent person if he only tries. I think it is true to all of us. All we need to do is give a little effort.

If you are fans of Stephen King you’ll love it, as all his books. But even if you never read any of his books you can give it a go, only to see if you’d like the authors writing style. I really enjoyed this book, though it’s really short, so it could be as well put in some short stories collection book. It is still a good story to read nonetheless.