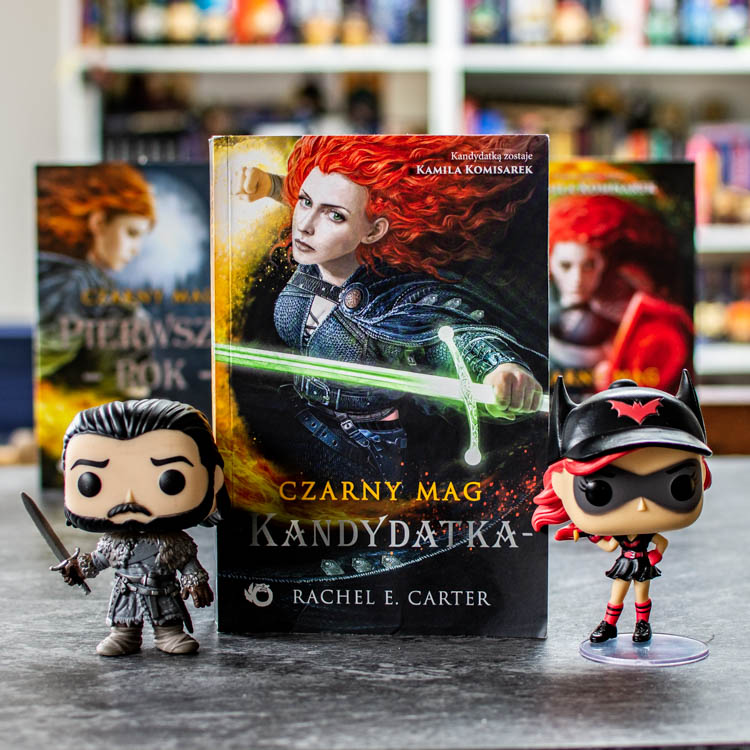 ‘Candidate’ by Rachel E. Carter is the third book in ‘The Black Mage’ series, telling a story of Ryiah, a girl from a poor family who dreamed about becoming the legendary Black Mage. I was waiting impatiently for this volume because the ending of the previous one provided us for entirely new perspectives for unravelling this tale.

Ryiah is twenty now, and she has already achieved so much it’s unbelievable. Thanks to her extremely hard work she became a black mage, she saved the kingdom from Caltoh’s sneaky attack and in the meantime, she managed to win prince’s heart and became his betrothed. What more could one possibly want? Well, for our protagonist it’s still not enough, because she set her eyes on the Black Mage title a long time ago, and she’s not going to back down now. Luckily enough, the Candidacy is coming very soon, giving her a chance to show everyone that she is the most powerful mage of them all. It won’t be easy though, because no one really believes that she could beat prince Darren and win the title.

Throughout most of the book, Ryiah is training hard to prepare herself to the Candidacy. She spends every waking hour working on her magic-wielding skills, ignoring her family, friends and comrades, gaining a reputation of a selfish snob on the way. She is also isolated from her beloved prince, because she chose the service in Farren Keep, while he had to stay in the capital. But even in a short time they spent together, they can’t talk without arguing, because they are both too ambitious to let go. I have mixed feelings about this part of the book. On the one hand, I do admire Ryiah will power and need to achieve her dreams at all costs. But on the other, it all becomes very unhealthy for her and her relationships. I was just waiting for the moment when she will realise that even if she manages to win the Black Mage title, she might not have anyone to share her triumph and happiness with.

I preferred the part of the book after the Candidacy day itself. All the poisonous ambitions were set aside, and the global events started to develop in crazy ways. That was what I was hoping to find in this volume! Finally, we have more politics, intrigues and learn more about neighbouring countries and their very fragile peace treaties. The author skilfully crafted those threads and left us with a confusing feeling for whom should we cheer, and whose story has the most truth in it. What we know is that the last book would be the most interesting in the whole series, for sure! And poor Ryiah has just realised how many challenges are waiting for her shortly.

I’m waiting impatiently for the grand finale of ‘The Black Mage’ series. If you like Young Adult fantasy books with a strong and ambitious female protagonist, you will love this story!