The Call of Earth 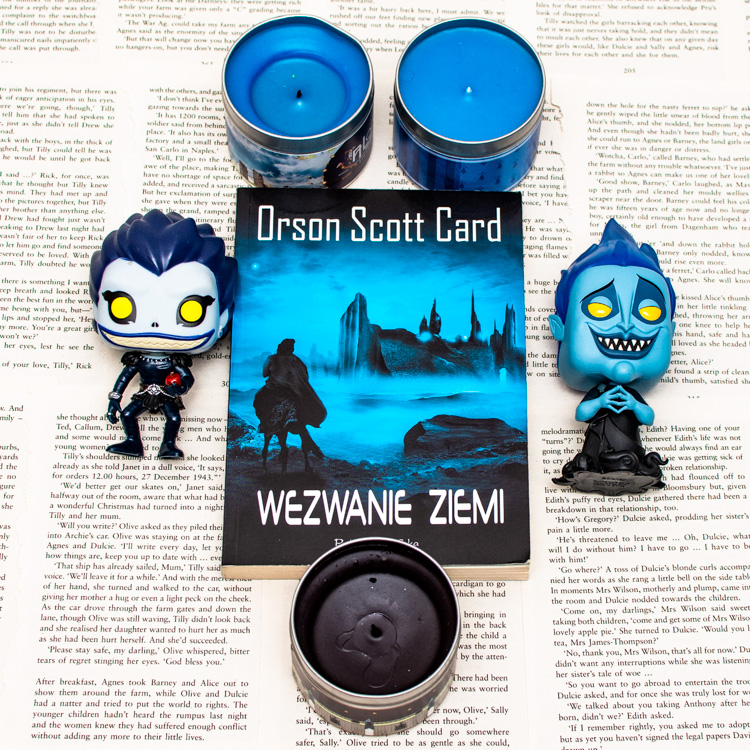 The Call of Earth is the second book in a Homecoming Saga by Orson Scott Card. The action takes place right after the ending of The Memory of Earth. After Gaballufix death, the city of Basilica is in chaos. Rasa is desperately trying to bring back peace to her beloved home, but even her extraordinary influence seems not to be enough. And while the city of women striving for survival, a powerful man will grab the opportunity and seize power in the vulnerable fortress. In the meantime, Nafai and his brothers will have to return one last time to Basilica to find themselves a worthy wives and bring them with them to the desert in hope that the Oversoul will guide them back to long forgotten planet earth.

The story of Homecoming is basically the tale from the Book of Mormon. It has a real religious vibe to it. The Oversoul, which is a supercomputer, is treated like a God, and the faith has a significant role in this book. There is ongoing debate if people should listen to and trust the Oversoul completely, believing in a big plan in great interest of all people. Especially when they feel as they are not being treated fairly.

The action of the whole book is, in fact, just a few days, but a lot is going on there. There are riots, the city is burning, and political power is shifting all the time. There is a lot of intrigues and a new character, general Moozh, is a real master of deceiving and sneaky strategies. It was exciting to follow his bold plans and seeing him achieve all his seemingly impossible goals with ease. The scheming is on a very high level in this book, and then the ending brings together all the small details from the whole story in a satisfying finale.

In this book has a lot of sex references and a lot of scenes are orbiting around it. Nothing is outraging or distasteful, it just can be not an appropriate read for a very young reader. I don’t think there are any warnings about it in the book description, and I feel it should be. There is also a topic of a marriage between extremely young people (13 and 14 yo), and although it is said that it is the very rare and specific case, it still proceeds. Some people may find it a bit disturbing.

In general, I’m a bit disappointed in this series. I love the author, and I’ve read a lot of his books, but so far Homecoming Saga is the weakest of them all. It’s kind of mediocre, it has some lovely moments, but not much. Not enough to encourage me to read more of it. I’m also not a very religious person, and I feel like there’s too much preaching in it. After reading The Call of Earth I felt like I was told, that we are all just God’s puppets and no matter how much we want to oppose him, we always end up fulfilling his grand plans. I was counting on more entertaining and less moralising read.