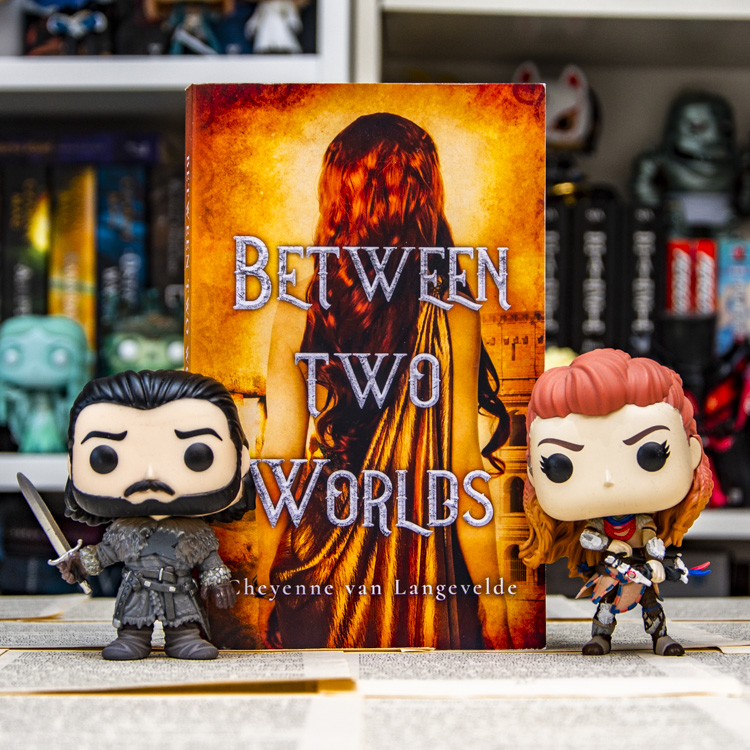 “Between Two Worlds” is a debut historical fiction novel by Cheyenne van Langevelde. Enid, the daughter of the tribe’s chief, is captured by the Romans and shipped off to Rome as a slave. She will have to find a way to cope with her new, very different reality.

From the beginning, we get the good feeling of being in ancient times, as the novel is skillfully written using archaic pronouns and other words we don’t use anymore. It does take some getting used to (at least for me, as I don’t read historical fiction often), but it certainly has its charm and paints the actual image of the culture from a long time ago.

I like how the author described both settings –Celtic Britain full of greenery and certain freedom and Rome, with its smart infrastructure and magnificent buildings but also impossibly crowded. The contrast was striking, and we could only feel for poor Enid, who was suddenly thrown into a completely different world.

Enid is proud and loves her homeland, but she is also intrigued by the Redcrests (Romans), who advance deeper into the wild country. She can’t understand the hate her tribe hold towards the invaders. She admires their neatly made roads and excellent organisational skills. That is until the day when her whole life falls apart when she is captured by the Romans and shipped away to their capital.

Firstly, she has difficulty believing that what’s happening is real, still hoping someone will come and save her. But after a failed escape attempt and a harsh punishment, she finally realises that this is her life now, and if she wants to survive, she needs to adapt.

Slavery is one of the worst of humanity’s inventions. Enid was still lucky to be bought into a good household, where the slaves were treated reasonably well. As time pass, we witness how Enid is changing. She cut herself off her happy memories and refused to share her British name (using only the Romans gave her). But even though all the walls she built around herself are strong, she’s still drowning in bitterness and regret.

Fortunately, she meets some good people on her way, giving her a better perspective on things. The author showed that the Romans, the same as other nations, were still just people. Some were cruel and merciless, yes, but there were also plenty of decent ones who wanted to live their lives and didn’t mean anyone any harm.

The rise of Christians prosecution also plays a massive role in the book. Meeting with faithful Christians shows Enid another way of living, where she doesn’t have to seek revenge and hate on the people who made her a slave because love and forgiveness are stronger and will always prevail over hatred and prosecution.

Even though the story is based on harsh themes like slavery and faith prosecution and includes some drastic scenes, it’s also full of hope for the future. If you like historical fiction and the ancient Rome and Celtic settings, you should check this book out.