A Vow so Bold and Deadly 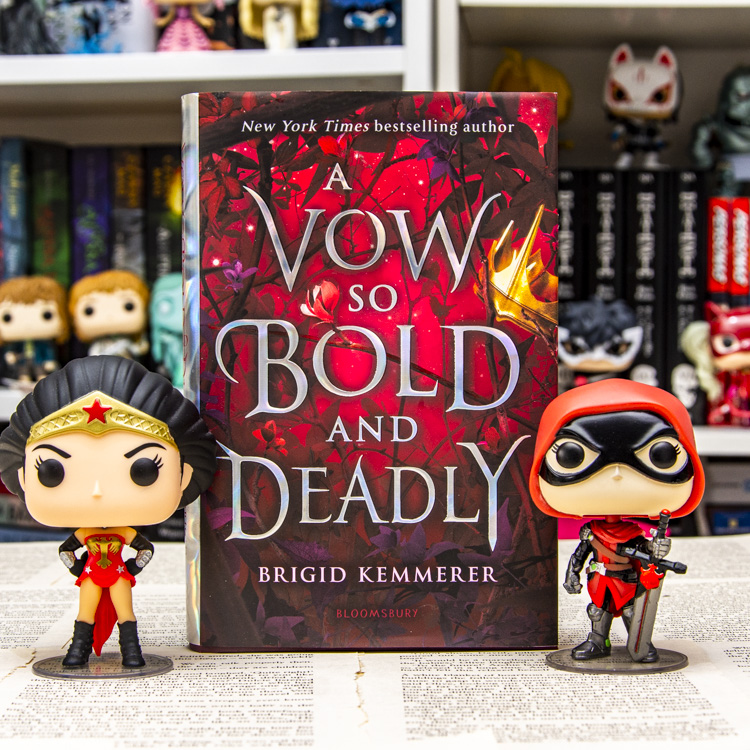 “A Vow so Bold and Deadly” is the third and last book in the “Cursebreakers” series. I enjoyed the story so far, and I was curious how this tale would end. Word of advice before you read – this review will contain spoilers to previous books, so if you haven’t read them yet, I strongly recommend doing that before reading this review.

“A Heart so Fierce and Broken” has left us in a very precarious situation. Syl Shallow, with Lia Mara as a new Queen and Grey at her side, gave Emberfall an ultimatum of sixty days to surrender before they marched on with their army bringing full-fledged war. This time the chapters are divided evenly between both sides of the conflict. They both have their struggles and challenges they must deal with before the time is up.

I did enjoy the Syl Shallow part of the story much more than Emberfall. I liked how Lia Mara was trying to find her way to rule with kindness in a society that was kept in check for generations using fear and violence. Also, Grey had a lot of work to do if he wanted the army to accept him as a commander and a faithful ally while also struggling with mastering his newfound magical abilities. Although I think some of their struggles were too exaggerated. Some situations were obvious traps, yet the characters kept marching into them as if they were five-year-old children.

I must admit that sadly, I didn’t enjoy reading about Rhen and Harper. Like, at all. Over half of the book was their struggle to communicate. Each of them had their grievances, and they kept them bottled, exploding in anger from time to time. Then they made up, and then again something happened, and we were back to childish ‘I’m not talking to you, but I’m not going to say why’ thing. It was so annoying I struggled to get through that part. It was simply dull.

It’s somewhere after half of the book when finally, something happened, and everything went to hell. And then, suddenly, the characters came up with the most obvious solution for all their problems, which they should have considered from the very start. Bravo! From there, the action moves more swiftly towards the final confrontation, which I found, again, disappointing. I feel like some things were rushed, and others left utterly unexplored. After the epic battle, I was like: okay, so that’s it? It left me somewhat unsatisfied.

In general, the whole book was rather average. It lacked the charm of the first book and the growing tensions of the second. There were some well-designed themes I liked here, but others felt forced and didn’t work out very well. The ending didn’t make me feel anything at all, so I can’t say it was a satisfying conclusion for the series.