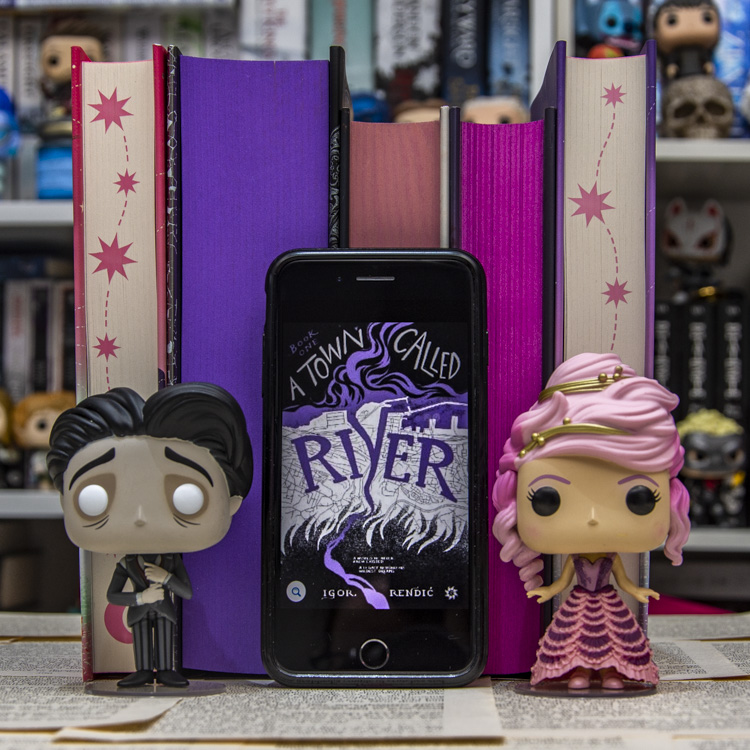 “A Town Called River” by Igor Rendić is an urban fantasy novel with action set in Croatia and based on less popular Slavic mythology. It’s sort of The Witcher meeting friendly neighbourhood Spiderman in our modern world.

Paul is returning to Croatia after so many years that he hardly even speaks his native tongue. He wanted to wrap up everything quickly – listen to the testament of his late grandmother and deal with whatever she left behind – and then move on with his life. Unfortunately for him, Lena had particular plans for her favourite grandson. When Paul finally arrives at the small town of Rijeka and his grandma’s old apartment, he quickly discovers his recent headaches might be connected to the super-secret room full of files with strange names.

It turns out that his beloved grandma had led the double life and worked as krsnik – a sort of magical guardian who keeps all the supernatural users and monsters in check. And now, after her death, all her superpowers and responsibilities were just dumped on him. It also doesn’t help that Lena didn’t exactly leave him any instructions on what to do with all that new-gain powers.

The book gives us a glimpse into Croatian culture and traditions. We learn why most Croatians left the small towns and moved away, what is the go-to snack and what alcohol every Croatian is keeping handy in their cupboard. And to top all that, we are introduced to the whole bunch of supernatural beings who walk unseen among us humans.

I like how the author showed Pauls internal conflict while dealing with an unexpected situation he was dragged in. Even though at first, he was vehemently opposing everything, when he had to face the actual danger and had a choice to make, he always chose to help others, even if he had no idea what to do.

I also liked how Lena, his grandmother, was portrayed. We often get those mentor figures idolised in books, making them hard to compete with and far too perfect. But here we learn about a person who was great at her job but was also terrible at dealing with regular life tasks, like organising her papers or preparing instructions for her descendants. She kept postponing the most crucial things until they were left unfinished. She was also holding her secrets from her friends and family, which makes Pauls’ taking over krsnik business nearly impossible.

The set of side characters was well crafted, and the growing bond between them was pleasant to read. Their conversations were often funny and a bit absurd, considering all the supernatural things they kept discussing as if it was the most natural thing in the world.

“A Town Called River” is book one in the series, and it feels a bit like a prologue to a greater story. I enjoyed reading it, but I’m already itching to learn more. Since Paul is finally getting a firmer grip on his powers and has established his group of allies, I’d like to see him facing bigger challenges, the ones that he can’t so easily punch his way out of or get rescued by his amazing witchy friends.

If you enjoy urban fantasy and like the taste of Slavic mythology, you should check out this book for sure!