Alcatraz vs. the Evil Librarians 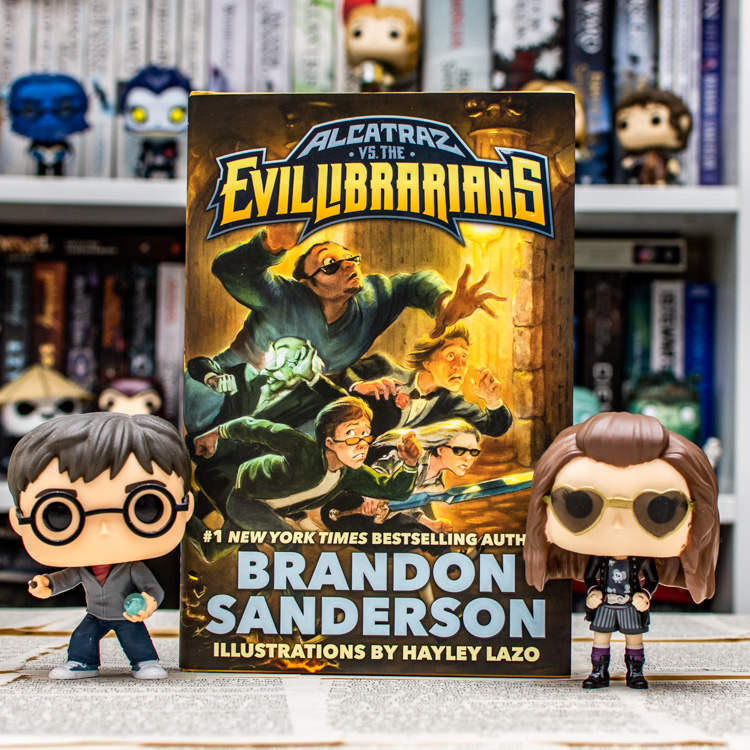 “Alcatraz vs. the Evil Librarians” by Brandon Sanderson is a fantasy novel for younger readers. I, as an author’s devoted fan, was hesitating for a long time before reading it, as I didn’t think I would like it much, because it is directed mostly for middle graders. But, unexpectedly, I had loads of fun reading it.

Alcatraz Smedry is a rather ordinary boy if you ignore the fact that he can break practically anything he touches. He is also a bit unlucky - because of the strange clumsiness he is shipped from one foster home to another. Everything changes, when on his thirteen birthdays, he receives an inheritance from his father – a bag of sand. What seemed to be a bad joke of a present, turns out his life upside down, when he discovers the world, he had no idea existing just under his nose.

The story itself is like other Sanderson’s book regarding the original magic system. I bet everyone, at least once in their lifetime, imagined how it would be to have a superpower. The protagonist is exceptional as he is a descendant from a line of people who were gifted with Talents. Oh, what cool gift could it be, you think? Super strength? Invisibility? Teleportation? Well, not exactly. Alcatraz’s Talent is breaking things. Similarly, his grandfather’s Talent is being late, and his cousin’s is talking gibberish. Well, we can’t all have cool comic books’ powers, can we?

But what seems ridiculous at first, starting to make a lot of sense when we go along with the story. Suddenly, those Talents turns out extremely useful. I loved this idea. The whole book has a bit of sardonic humour. What I enjoyed even more than a story itself, were snippy remarks from the author about books and authors in general. There were so many quotes that made me laugh out loud; I could write the whole blog post just using passages from the book. This kind of humour and showing reality in a distorting mirror reminds me of Sir Terry Pratchett’s books, which I love.

The story itself is just as a book for young readers should be – fast-paced, full of action and bizarre and funny situations with an original set of characters. Although it is directed to a younger reader, thanks to all the humour and witty remarks, it’s a book that people of all ages would enjoy.