A Heart so Fierce and Broken 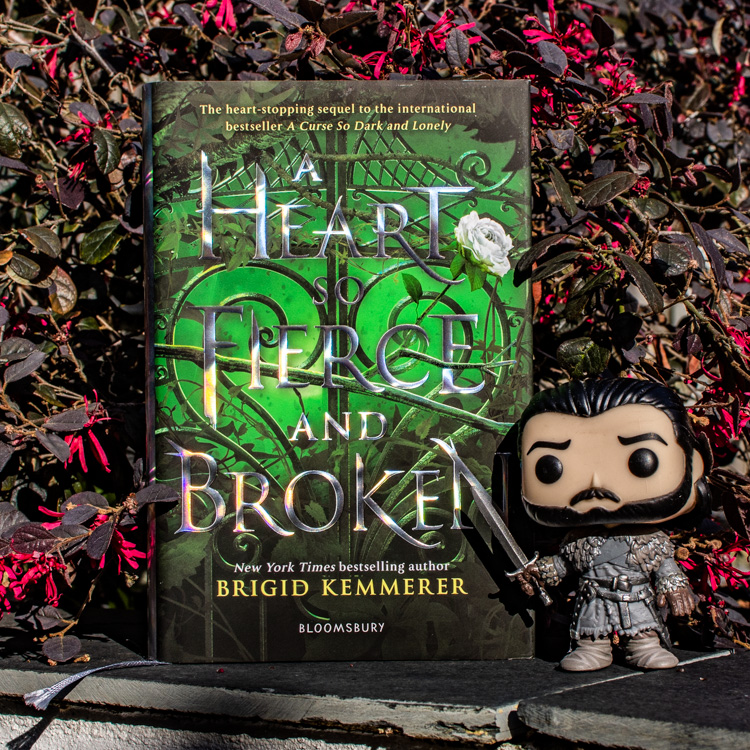 “A Heart so Fierce and Broken” written by Brigid Kemmerer is the second book in “Cursebreakers” series. Please be aware that this review will include spoilers to the first book, so if you haven’t read it yet, I suggest leaving this review for later.

Harper succeeded in her impossible task – she has broken the vicious curse that tormented Prince Rhen for as long as he could remember. But unfortunately, there is no happily ever after for them. The kingdom is in extremely poor condition after years of neglect and continuous advances from their ferocious neighbour Syhl Shallow. Even though Rhen managed to prevent the last invasion, the position of Emberfall is shaky at best. Not only its enemy is waiting for the slightest sight of weakness, but Rhen’s subjects are no longer as loyal as they were before the curse. It is also not helping, that no one ever saw the army of Disi’s soldiers, that Princess Harper has promised. There are also gossips that Rhen is not the only royal heir.

If you were expecting more Harper and Rhen in this book, you would be disappointed. There are just a couple of chapters from their point of view. This time the main character is Grey. After learning from enchantress Lilith, that he is not only the lost heir to the throne but also one of the last living magesmiths, he decides to leave the court silently and let his friends believe he is dead. He changes his name and lives as a stableman in some small town, far away from the Ironrose Castle. Unfortunately, he was not meant to live in peace and his fate quickly catch up to him, forcing him to make choices he was so desperately running away from.

We also have new characters here. One of them is Lia Mara, daughter of the queen of Syhl Shallow. She is an interesting protagonist. Unlike her mother and sister, who are well known from their cruelty and ferocity, Lia Mara is longing for peace. She believes that the future can be built by cooperation and not bloodshed. She is also naïve and idealistic, which gets her in a lot of troubles.

In this book, we learn more about Grey, his history, and the choices he made in the past. The significant part of the story is a journey where he must come to terms with his own feelings and make a decision that can change the fate of all Emberfall. The author is strongly emphasizing the importance of making decisions. Each of the characters learns that they can’t just sit idly by and wait for something to happen. They must make a choice, even though all the options seem dreadful.

The image of prince Rhen changes drastically here. We don’t have many chapters from his perspective, but mostly watch his actions through the eyes of other protagonists. And here we don’t have a smart prince ready to do sacrifice himself for the sake of his kingdom. We have a man broken by fear, who is clutching desperately to the scraps of power he still holds. I wasn’t really bothered by this change, because in my opinion, the author provides us with good enough reasoning behind it (even naming it as PTSD).

I enjoyed reading a continuation of the series. I was happy with changing the protagonist to Grey, as, from the first book, he was the most compelling character to me. I was also curious about how the author will continue her Beauty and the Beast retelling. The story grew independent and taking inspiration from the famous fairy-tale, evolved in something new and separate. I think some readers might find Rhen’s metamorphosis too radical. But if you are curious, how is Emberfall doing after breaking the curse, go ahead and check for yourselves.