A Darker Shade of Magic 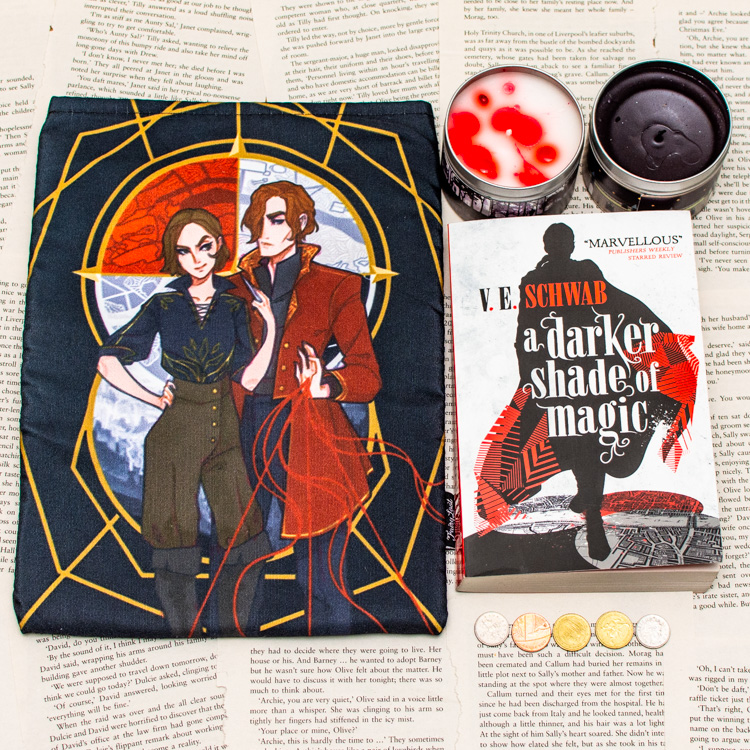 A Darker Shade of Magic is the first book in a fantasy series Shades of Magic by V. E. Schwab. I had this book on my radar for a long time. I’ve heard so many good things about the author and the series description sounded very appealing to me. So, I bought it and after it waited on my shelve for a while, I finally got to it.

The book tells a story about adventures of Kell, one of the few remaining magic wielders who can travel between parallel universes. He was lucky enough to be adopted by royal family of Red London, the most prosperous and beautiful of all Londons, and works as an ambassador and messenger contacting other kingdoms. But he’s not entirely happy with his life and he also have a strange and dangerous hobby. He always smuggle little things from his trips, what is strictly forbidden. As you can imagine it quickly gets him in real troubles.

The other character is Lila Bard, a resolute thief from Grey London, world without magic. She has great aspirations and dreams about seeing the whole world. And until she stumbles into Kell she has no idea there is so many more worlds to see. But when the opportunity came, she doesn’t hesitate a second and hop on adventure wagon with this strange magic man she just met.

I really love the world V. E. Schwab created. The parallel worlds that are connected by one, magical city – London. There are three of them: the prosperous Red London, dull Grey London without any magic and White London, where everyone fights to control remaining magic. And once upon a time there was also Black London, but it’s only mentioned now as a legend to frighten small children. But what if it’s not just a story?

I also like the distinction for different types of magic. Only few people can control all the elements, Antari. But most people in Red London can wield at least one type of magic: water, earth, fire, air, metal and bones. Antari are the only ones who can use Blood Magic and spells in their own language.

The story itself was pleasant and easy to follow, although not very surprising. But I like that characters were interesting, and I really enjoyed their little banters. Kell and Lila makes a very dynamic duo, they have very different personalities, but they complement each other. I liked them both instantly.

I’m sure I’ll read sequels of this story, because there’s so much more to discover in this wonderful world. If you like fantasy with original world building and magic system, it’s a book for you!