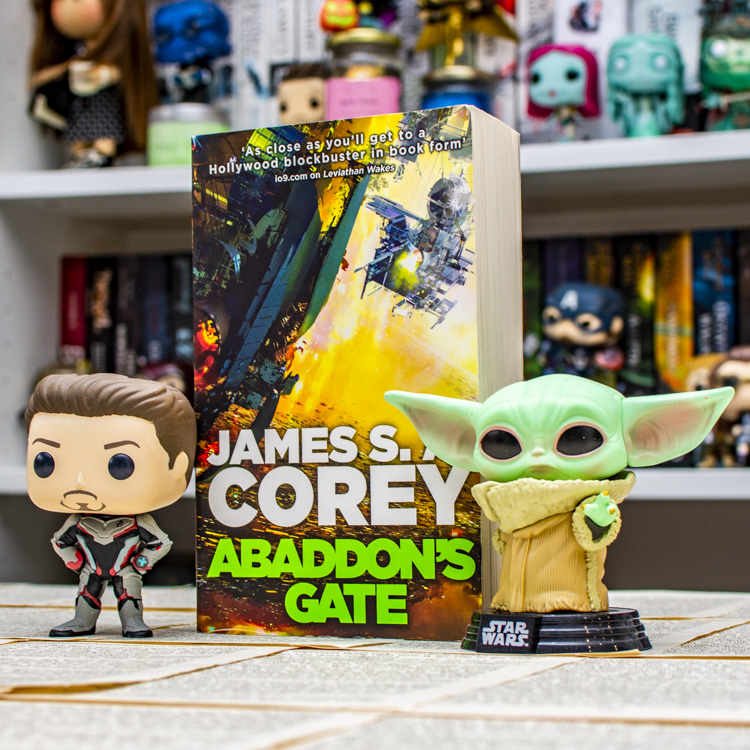 “Abaddon’s Gate” is the third book in “The Expanse” series. After the alien artefact builds the massive structure near Uranus, all the factions – Earth, Mars and the Asteroid Belt sent their envoys there, though no one is sure what to do with the strange Gate. Of course, Holden and his crew also find themselves on the way there. But the captain on the Rocinante doesn’t know yet, that someone is plotting to destroy him mercilessly.

For me, this book was not as good as the first two volumes. We have all new characters here: Melba, Bull and Anna, and we learn the story from their perspectives. The only well-known persona was Holden. I know that they were all essential for telling the story of what was happening near Uranus, but I didn’t find them as compelling as Avasarala or Bobby from previous books. Even though the story itself was gripping, I tended to look forward to chapters from Holden’s perspective because the Rocinante crew were, as usual, the highlight of the book.

“Abaddon’s Gate” shows us how people deal with the crisis. In extreme circumstances that all competing faction found themselves, they must decide if they will cooperate to survive or if their constant squabbles and lust for power drive them all to their doom. Of course, we are talking about human beings here (more or less), so you can only imagine it will not be an easy task. I enjoyed all the elaborate descriptions of what was happening on the ships during the story’s flow. The authors are adept at painting a vivid picture for readers imaginations.

I’m still going to continue my adventure with “The Expanse” series, but I hope in the following books I will see more of my favourite characters.